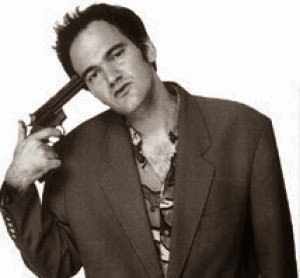 It's bad news for any western fan and doubly so given the excitement when Quentin Tarantino recently announced that his next movie would be another western. The details were coming thick and fast and no sooner had we learned of the film but the title was even announced. The next Tarantino would be called The Hateful Eight, which suggested something along the lines of The Magnificent Seven. Fans were ecstatic at the prospect of getting another western so soon after the excellent Django Unchained.

Well now Variety are reporting that Tarantino has thrown his toys out of the pram and pulled the plug on The Hateful Eight movie. The director claims that the script was leaked, possibly by an agent. Though the agents involved have claimed that this was impossible which suggests a publicity stunt.

Tarantino now plans to turn his script for The Hateful Eight into a novel and won't comment further. However the Archive did manage to completely make up  this quote from Tarantino himself -

'Those mothefucker agents leaked my script and I've asked the Vega Brothers to pay them a visit. Cocksuckers...I now plan to hibernate for several years and come out with another movie when I get bored of living my lavish fucking lifestyle. If my fans are bothered by the lack of a new Tarantino movie then fuck them too.' An imaginary Quentin Tarantino
Posted by Gary Dobbs/Jack Martin at 01:54