Robert Hale Rides into the sunset 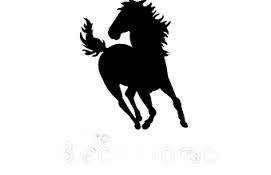 This is a sad post to write - the news that Robert Hale, publishers are to cease operating as publishers is terrible. Hale had been in the book business since 1936 and are the only UK print publisher with a western line. It's sad when any publisher closes doors but it's personal for me since Robert Hale are the publishers of my Jack Martin western novels - indeed, a new western, Riding the Vengeance Trail is due to be published next summer.

The UK's government's austerity policies have seen a large number of public libraries closing in recent years. Hale's western line was largely aimed at the library market so this was a bitter blow. Add to this the upheaval  to traditional publishing caused by the digital revolution, and it is a difficult market within which to do business.

Hale made the announcement to it's author's via email.


Having been publishers since 1936 the Hale family has to announce that from 1 December 2015 the Company will no longer be trading as a publisher. We will though continue to remain in business in the immediate future.

However, we are delighted that our publishing assets including contracts and stock, both physical and ebook, and forthcoming titles of the imprints Robert Hale, J A Allen, NAG Press, Buried River Press and Black Horse Westerns, have been acquired by the independent publisher, The Crowood Press of Ramsbury in Wiltshire to whom queries about your titles already in print and forthcoming should be directed. 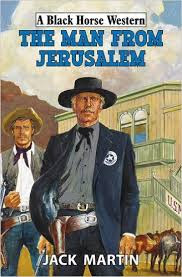 At the moment every-thing's up in the air but I have been told that my forthcoming western will indeed see publication through Crowood Press. This is indeed a positive but I'm deeply saddened to see Hale go and will always have a deep love and respect for the publishing house. They were the first publisher to put me into print, and although these days I have other irons in the fire, my western writing persona of Jack Martin is still very much in the saddle.


I thank Robert Hale for being a publisher who truly supported writers, and I feel they have left a legacy of which they can be proud, but I shed very real tears at their passing.

It has been of immense pleasure to all of us at Robert Hale to have had the privilege of being associated with your books and we hope you will find as comfortable a home at Crowood as you have had with us. We wish you well in the future.
at December 01, 2015

I never thought this would happen, but it is a sad day,

I'm gobsmacked. I didn't receive an e-mail and only found out about it in passing from a fellow author I correspond with. As a reader, I'm very sad. 95% of the westerns in the library are BHWs, and 99% of the westerns I read are BHWs. I'm crushed firstly as a reader and secondly as an author. Very sad.