The Genre that's too tough to die

"One of the most vapid and infantile forms of art ever conceived by the brain of a Hollywood film producer." ...Dwight Macdonald, The Miscellany 1929 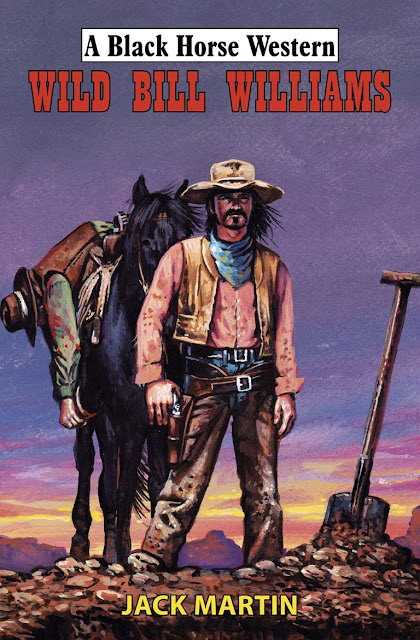 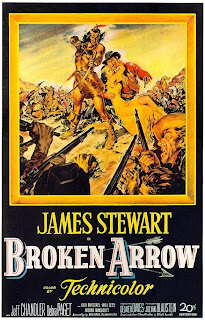 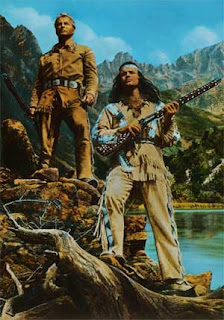 Geographically and historically the concept of "The West" is very loosely defined, when associated with the literary and film genre of the western. With the possible exception of the Eastern Seaboard almost every part of the USA had been called "The West" at some stage in the country's history.

The federal government defines "The West" as including the following states: Alaska, Arizona, California, Hawaii, Idaho, Montana, Nevada,New Mexico, Oregon, Utah, Washington and Wyoming. But from the movies and books both Kansas and Nebraska can be added. And maybe Hawaii and Washington should be removed. The West of popular imagination usually contains those areas associated with the final frontiers of American settlement - anything West of the Mississippi River. An area associated with cowboys, Indians, outlaws and lone lawmen.

Amongst the earliest western literature with artistic merit were the works of James Fennimore Cooper, his most famous works being 1826's Last of the Mohicans - though by the true definition of the genre none of the author's works are strictly westerns. The books were set in colonial America and featured the British rule but true westerns are set in independent America.

EZC Judson, writing under the pen name Ned Buntline was an early writer of traditional westerns. He earned himself the nickname of, 'Father of the Dime Novel' and turned Buffalo Bill into a figure of mythic proportions. However the first western with the classic ingredients was Owen Wister's The Virginian in 1902, which largely invented the guidelines that western writers still follow today.

The names Louis L'amour and Zane Grey have dominated the genre for many years and still do to some extent. But an early European champion of the genre was Karl May with his popular Shatterhand books. He wrote over 60 books but Shatterhand remains his most famous character. Indeed Shatterhand was revived by B.J. Holmes in a series of books for the successful UK western house, Black Horse Westerns.

The cinema has always had a love affair with the western and during the silent era there were many hundreds of westerns made. Most of these have been lost but there are still some prime examples of early westerns to be sought out by fans.

Some of the most important silent westerns that still exist and can be found on DVD or in many cases for free download from archive.org include:

In cinematic terms there is little doubt that the Golden Age of the western took place between the years 1940 - 1970. There were many classics before and since but during these years there was never a time when most major studios didn't have at least one western in production.

During the Fifties and Sixties in particular the western also dominated the small screen with many western TV series being aired. Among the most well known are:
Bonanza
Gunsmoke
The Big Country
The Virginian
The Rifleman
Have Gun will Travel
Wyatt Earp
Wanted Dead or Alive 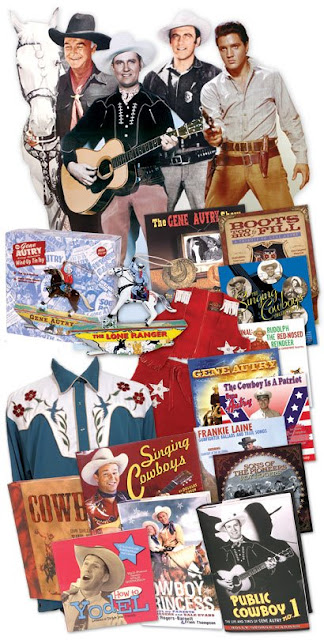 The modern era has also seen many classics of the genre, both on the screen and between the covers - Lonesome Dove, Sons of Texas, Blood Meridian, Tombstone, The Unforgiven to name but a few. And of course in recent years we've seen the Coen's re-make of True Grit, Django Unchained and The Hateful Eight. Those though are just the tip of the hay bale - for instance check out the excellent Netflix westerns series, Godless.

The Western truly is THE GENRE TOO TOUGH TO DIE. Kevin Costner is working on a new western and there is a remake of Butch and Sundance in the works. American greats like Dusty Richards and  Larry McMurtry continue to write quality western works. And British western house, Black Horse Westerns are continuing to bring out new western fiction written by writers from all over the world. Among these you will find such loved writers as B. J. Holmes, Ben Bridges, Jack Giles,Nik Morton,  Ian Parnham, Mathew P. Mayo, Chap O'Keefe, Jim Lawless and myself, Jack Martin. And this is just a small selection of the writers producing all new traditional westerns under The Black Horse banner. And of course there is the story of John Locke who became the worlds' first self published writer to sell a million eBooks on Amazon, and several of his titles are westerns. Mind you Locke was recently discredited when it emerged that he had paid for many positive reviews which helped sell his books. 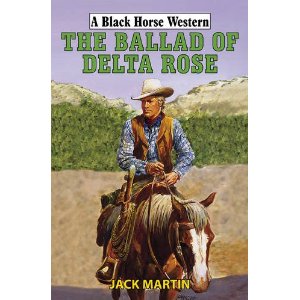 Westerns have also made the transition to eBooks and the excellent publishing house, Piccadilly Publishing is reissuing western classics in the new electronic format, and of course the popular Edge series is also available in eBook. The Edge books, for instance, are a particular favorite of mine and I am proud to say that I was instrumental in initially bring the series to eBooks, but the reissue program is now in the industrious hands of Malcolm Davy.

So if you've never tried  a western then maybe now is the time to do - they've never been so easily available and online giant Amazon has many titles at good prices.

Come on saddle up and let's ride.

Posted by Gary Dobbs/Jack Martin at 04:20