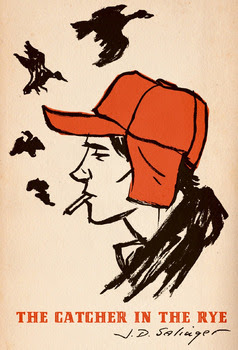 J D Salinger's  books are finally to make the transition to eBooks after the estate of the late author, who couldn't stand digital media, relented on their ban on electronic versions of the author's small body of work.

Salinger had always valued accessibility, but preferred the experience of reading a physical book. The Catcher in the Rye author, who died in 2010 at the age of 91, also hated the internet; Matt told the New York Times that he once explained Facebook to his father, who had been horrified that people shared personal information online.


The U-turn comes after Salinger's son, Matt recieved a letter from a woman in Michigan who said she had a disability that would allow her to read a physical book but that eBooks enabled her to continue with reading books.

“She took me personally to task in a very sharp but humorous way and from the moment I read her letter I was committed to figuring out a way to let her read my father’s books, as she so wanted. Making my father's books accessible to a new generation, many of whom seem to prefer reading on their electronic devices, and – specifically – people with health conditions or impairments that mean they’re unable to read physical books, is a very exciting development, and totally in keeping with his wishes even if he greatly preferred the full tactile experience of a physical book. Would he prefer and encourage readers to stick with the printed books? Absolutely. But not exclusively if it means some not being able to read him at all.” Matt Salinger

Salinger is not the only author to have opposed ebooks. In a 2012 interview, children’s author Maurice Sendak said: “Fuck them, is what I say. I hate those ebooks. They cannot be the future. They may well be. I will be dead, I won’t give a shit.” And in 2009, Fahrenheit 451 author Ray Bradbury told the New York Times: “They wanted to put a book of mine on Yahoo! You know what I told them? ‘To hell with you. To hell with you and to hell with the internet.’”
at August 12, 2019 No comments: