I've just binge watched another slice of Nordic Noir - ten episodes consumed over five days makes for an intense experience. This time out it is Trapped, an Icelandic drama, that has all the dark chilly beauty of shows like The Killing, but adds a claustrophobic kick ass blow

Andri (Óladfur Darri Ólaffson), a hulking bear of  a man,  is the police chief of Seyðisfjörður - a bleak little place at the end of a fjord in the east of Iceland. In winter, it’s dark, it's freezing and the aftershocks of the 2008 financial crisis are still being felt. If that wasn't enough darkness Andri also has to contend with his marriage falling apart before his eyes - his wife returns to town with her new boyfriend and just when it couldn't possibly get any more miserable for Andri the killings start and are then followed by a storm which cuts Seyðisfjörður off from the rest of the world.

Directed by Baltasar Kormákur, who shot the Hollywood thriller Everest, the camera lingers on thick grey seas, horizontal snow and huddled houses, which creates a real feel for the remoteness of the setting. The plot is clever and expertly served up across the ten episodes so that when the final twists are served the viewer is left exhilarated. A action packed final ten minutes are the perfect ending to what is another compelling piece of crime drama from the Nordic genre-masters.

I'm hooked on Scandi dramas and over recent months have binge watched The Killing, The Bridge, Borgen and now my latest obsession, Trapped. It is clear that the Danes and Swedes have much to teach about TV craft. The Killing took 20 episodes to solve one murder – a series length, and slow rate of progress, that would have been unthinkable for a UK production. Both Borgen and The Bridge are visually stunning, with as much attention paid to the production design as to the plot, and the actors who fill the roles in these series are believable and seem real - we don't so much  see the actors, but the characters they create for us. And even when the plot is barking mad, as is the case with The Bridge, there is a level of realism that gives the shows an air of authenticity.


That's not to say we Brits can't do grit when we want to - Happy Valley, Broadchurch and The Fall are three homegrown shows that are as good as the Nordic dramas, but would any of these have followed the blueprint for grimy realism had not The Killing been such a hit worldwide? I think not for The Killing showed that a serialised narrative, when done right, could keep viewers gripped for an entire run. It allows for the characters to be slowly shaped across a large canvas and quite simply is responsible for some absolutely brilliant TV drama.

'The countries that the Nordic writers call home are prosperous and organized, a “soft society”  But the protection offered by a cradle-to-grave welfare system hides a dark underside.' Nowegian crime writer, Jo Nesbo.

There is an interesting article HERE that looks at the obsession with Nordic Noir
at December 22, 2016 2 comments:

The digital world has many benefits but there is also a downside and for years now the publishing industry have struggled to find their place in this new world  -  The news-stand magazine business is a case in point. It has not been healthy in recent years but all the same the news that Team Rock, publishers of such well known titles as Classic Rock and Metal Hammer have gone to the wall, came as a shock. Publications from this company were common in UK shops and have an army of loyal fans - it seems that in today's market having a loyal readership doesn't count for much -  Reports are that 73 jobs have been lost within the once powerful publishing company.

It had been reported in 2015 that the company was £11.7 million in debt, a figure which is sure to have increased by now. 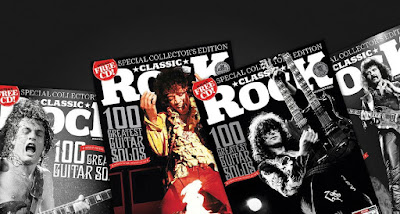 Thomas Campbell MacLennan, Alexander Iain Fraser and Jason Daniel Baker of FRP Advisory LLP were appointed as Joint Administrators of Team Rock Limited (“the Company”) on 19 December 2016. The affairs, business and property of the Company are being managed by the Joint Administrators, who act as agents of the Company and without personal liability. The Company is being managed on a care and maintenance basis only whilst a buyer for the assets is sought. Accordingly, the TeamRock website will be unavailable for the foreseeable future. The administrators are assessing the position regarding publication of magazines. If you are a subscriber to the Company’s publications the administrators can be contacted via email at teamrock.subscribers@frpadvisory.com

Orange Goblin frontman Ben Ward has launched a Crowdfunding campaign to help those who have lost their jobs.

“Today, 73 members of the Team Rock staff were told that the company is going into liquidation and that they are being made redundant with immediate effect with ZERO pay,” he said in a statement. “These are good, hard-working, committed people that through Metal Hammer, Classic Rock, Prog Rock, TeamRock Radio and more, have supported the rock and heavy metal scene in this country for decades and now we, the rock community, need to pull together to help give something back.”

More than a century of murder. 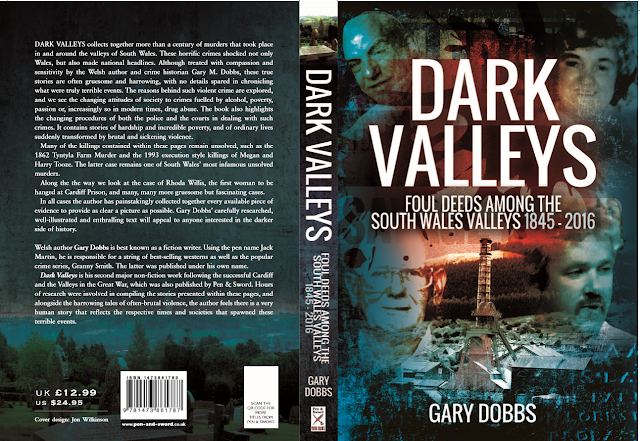 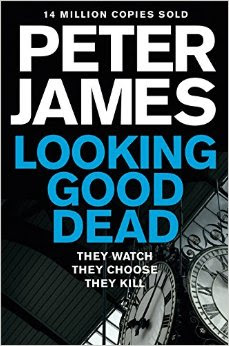 Looking Good Dead is the second in Peter James' Roy Grace series and after enjoying the first book, Dead Simple I jumped straight into this novel. The plot this time around is high concept - snuff movies. It all kicks off when Tom Bryce finds someone had left a CD on the train and when he later puts it into his own computer he finds himself watching a brutal murder. Shortly afterwards some virus hidden amongst the coding of the snuff movie wipes Tom's hard drive clean but not before warning him against going to the police. However Tom is persuaded by his wife to report the movie and when he does all hell breaks loose - this culminates in Tom and his wife being kidnapped in order to be the lead actors in a forthcoming snuff movie.

The author uses the same TICKING CLOCK device to create tension in this novel as he used so memorably in the previous book in the series. In the earlier novel a character was buried alive in a coffin and the suspense was driven by the fact that he had to be found before he died. And this time around the author  has two characters kidnapped - the clock is ticking for these characters with the reader aware that they are soon to be killed as part of a snuff movie. Will the police find them in time? It's all very effective and marks this book out as a crime thriller rather than a traditional whodunnit. The reader know what is happening all along, but the police of course are clueless and simply blunder around while the story plays itself out.

I enjoyed the previous book, see my review HERE and this second book in the series improves on that book with the central character of Detective Roy Grace now fully formed and becoming something of a tragic man - there's a sadness, a desperation about him.

I'm certainly going to read more books in this series - Dead good, that was. 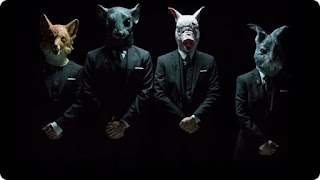 After being blown away by the first season of The Bridge, I turned to the American re-make but lasted for only six episodes. It was OK but it had a lot to live up to and I couldn't accept anyone other than Sofia Helin in the lead role. I did like the American/Mexican storyline and had I seen the show before the original Swedish/Danish series I might have liked it a lot more, but once you've seen Sofia Helin in those leather trousers then everything else pales to insignificance. I so I went straight to the second season of the Swedish/Danish original. 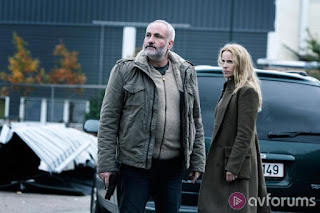 Incredibly season two was even better than the first season, even if the plot did meander into some pretty far fetched territory - in fact the plot, involving a group of eco terrorists, wouldn't be out of place in a James Bond movie. And its all the better for it - on the surface it looks like a grimy noir with realism triumphing over fancy, but wash away the surface sludge and a pretty fantastical plot is revealed. A plot that is twisty, turny and tantalising. There's not a lot of out and out humour to punctuate the misery (and there is plenty) but instead there is the subtle humour derived from Saga Noren and her interactions with the other characters. Her penchant  to openly talk about sex and the problems it entails is absolutely priceless - the reactions of her main sparring partner, Martin Rhode (Kim Bodnia) are highly nuanced and the pair are simply the best TV COP double-act since Regan and Carter. 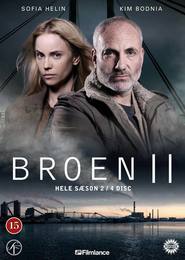 That this season ends -BIG FAT SPOILERS AHEAD - with Martin being hauled off to prison, dobbed in by Saga herself, would seem to set up an intriguing premise for the third season. And that was the intentions of the show runners but Kim Bodnia decided he was quitting the show before starting work on the third season, forced their hands. The third season then doesn't feature Martin at all and I wonder if that will change the dynamic of the show. Sega Noren is an absolutely superb character, one of the most interesting in all of crime TV, but she could be somewhat deminished without the heart provided by her co-star.


WHY BODNIA QUITE THE BRIDGE

I'm immediately moving onto the third season now - I just can't get enough of this show. After that I may try the Anglo/French re-make, The Tunnel. OK, so I was dissapointed by the American version of the show but I'm going to give The Tunnel a try but what I'm really waiting for is a fourth season of the Swedish/Danish original. Though I'm getting ahead of myself and so I load up season 3, episode 1 and PLAY.