The Row of Thrones 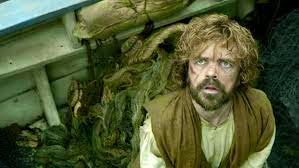 The Sunday Times this weekend posted a rather bitchy overview of tonight's episode of Game of Thrones after Sky Atlantic seemingly snubbed the newspaper's TV critics from advance screenings of the opening episode of season five -  The Sunday Times summed up the first episode with the following paragraph:

G.... Of Th..... We don’t know what we did to upset them, but the folk at Sky Atlantic decided the Sunday Times TV desk should not be invited to the launch of their latest series of the blood, sex and dragons saga. The channel rarely makes any effort to keep us onside and we use Twitter to find out what it is up to. We have no idea if this week’s episode is any good, but we asked people who were at the launch and their response was: “It’s ok, nothing great, bit of sex, but not much happens this week.” More updates as we get them.

Maybe the Sunday Times should have illegally downloaded the episode which was leaked to the Internet a week or so ago and has become the most downloaded illegal torrent file in the history of the world wide web.

Email ThisBlogThis!Share to TwitterShare to FacebookShare to Pinterest
Labels: game of thrones 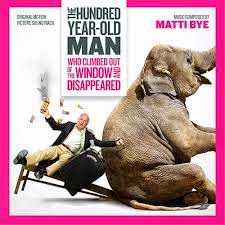 What a wonderful movie - think Forrest Gump as a hundred year old, explosive expert and you pretty much have the theme of this movie. Mind you, it's much better than Forrest Gump ever was, though no less ridiculous. It's also a heck of a lot more entertaining. The film is based on a bestselling novel by Jonas Jonasson, and I must admit to having been out of touch - I'd never heard of the book which was Sweden's biggest selling title in 2010 and since has gone on to become an international bestseller, nor was I aware of this movie version until I saw it as a discount title in the DVD section of my local ASDA. Strange given that it's the third highest grossing Swedish movie of all time, coming only behind The Girl with the Dragon Tattoo and The Girl who Played with Fire.

I guess I've not been following movie releases the way I used to - still, I'm glad I've finally discovered the movie which I loved. So impressed was I that no sooner had the end credits run than I downloaded the source novel to my Paperwhite.

It's a scream from start to finish - from the moment 100 year old Allan Karlsson climbs out of the window of his nursing him in order to escape his birthday celebrations, the film doesn't really put a foot wrong. If you like your comedy on the black side then you'll enjoy this.