I am devastated to learn that the current issue (no7) of Crime Scene Magazine is to be the final issue - check out my rave review of the first issue HERE. 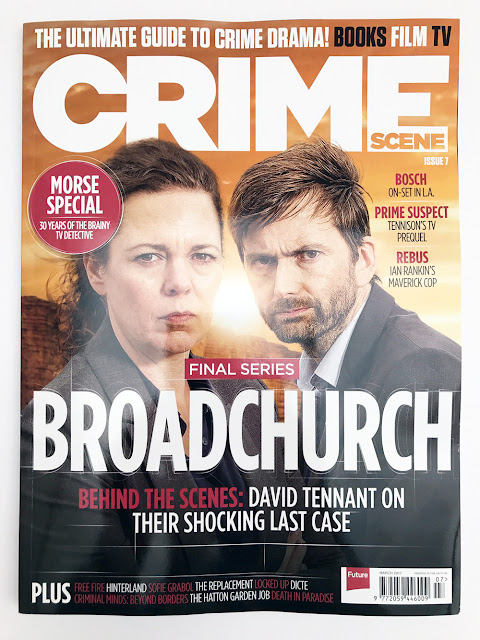 I had a feeling that all was not well, when I picked up the latest issue as it comes in at only a hundred pages, and the features don't seem to be as in-depth as in the previous issues. The book reviews have also dwindled away to a few pages.

There is not another magazine like it on the UK stands, and I will miss the publication, and I wish the publishing team all the best in their future endeavours.

When a magazine of this quality fails to find a market, you have to wonder if the physical magazine market is dead in the water. For someone who regularly visits brick and mortar stores it is glaringly apparent that the news-stands are not as exciting as they once were.

Let's hope some other publisher steps in and takes over the title, as recently happened with Classic Rock Magazine.

Head over to Crime Fiction Lover for the full story. 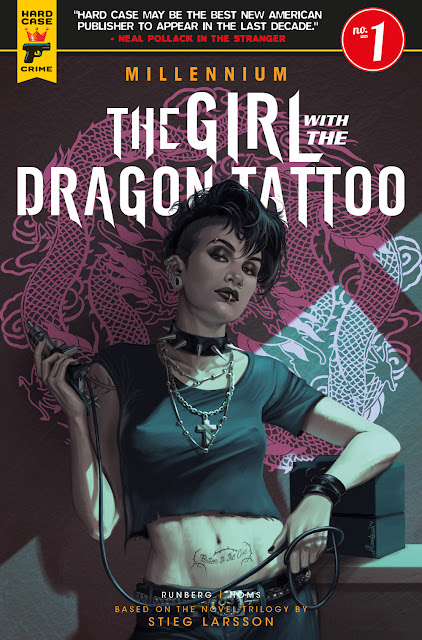 Genre fans will be aware of HARD CASE CRIME, the imprint founded by Charles Ardai and Max Phillips which has been bringing pulp style thrillers to the market since 2004. They started out by issuing paperbacks packaged in the style of the mass market titles so popular in the years forever known as The Golden Age of Crime.

Initially the paperbacks were published in association with Dorchester, and these books with their gorgeously lurid cover art sold like the proverbial hot cakes.

When Dorchester Publishing went out of business, it looked like Hard Case would become a part of the history they sought to emulate, but Titan Books came to the rescue and since 2011 the company have published the Hard Case Crime titles.

Now Hard Case and Titan are to publish an ongoing graphic novel series based on the Stieg Larsson Millenium trilogy.

The first issue lands at an impressive 64 pages, selling for $5.99 in the US, and starting at £3.99 for the digital version in the UK. In November, you’ll be able to get hold of volume one as a graphic novel format at £10.99.
Stieg Larsson’s story was adapted for the comic format by Belgian writer Sylvain Runberg, with artwork by José Homs and Man, and published in France by Dupuis in 2013. With its strong, expressive, style, the comic puts the emphasis on attitude and action like never before. This version has been translated into English by Rachel Zerner, and retells the tale of discredited journalist Mikael Blomkvist and his quest to help the wealthy industrialist Henrik Vanger find his missing niece. Blomkvist is helped, of course, by Lisbeth Salander, the girl with the dragon tattoo, whose mission is to avenge violence against women.
at March 29, 2017 No comments: