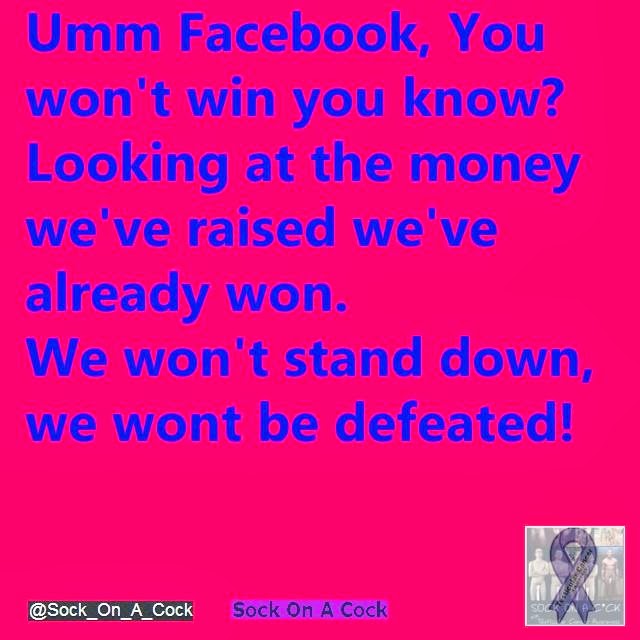 Facebook are being blasted by the news media for their heavy handed approach to the latest Facebook meme designed to raise money for cancer research. After the earlier No Make Up Selfie craze, in which women posted selfie snaps of themselves sans make-up and then donated to cancer research by text message,  raised more than £2 million for cancer research, the men decided to get in on the act too and the latest meme was cock in a sock in which men posted snaps of themselves wearing nothing but a sock over their penis. But Facebook removed many of the pics, calling them obscene. Strange given that the socks were bigger than the average bikini shots which are rife on Facebook.

The cock on a sock meme soon went viral and created a stir right across the world wide web.

Check out some of the pics HERE

Check out the news story HERE


No doubt, there are many on social media who have woken this morning to the images of men who are naked, save for a sock on their parts.  Your social media platform of choice has not suddenly become lewd and lascivious; there is a social media campaign afoot to raise awareness about testicular cancer.
The movement started in the United Kingdom and while it is not known who exactly started the awareness campaign, awareness about testicular cancer has gone up significantly over the last 48 hours.  Philly Morris, founder of Manchester-based charity Checkemlads, says he has no clue as to who started the campaign, but he is glad they did, as the charity has gained several hundreds in donations since the spontaneous campaign began two days ago.
Essentially, men wanting to get involved in the campaign strip down to their birthday suits and take a naked selfie, ensuring that their private parts are covered with a sock of their choosing.  The campaign appears to have sparked some creativity as well, as men have chosen long hockey socks, socks with cartoon characters, and socks in very vivid colors, among others, and it continues to spread.  Each shot on social media has featured either the #sockonacock or #checkemlads hashtags, and the involved men thus far have continued to donate to testicular cancer awareness.
While some may exclaim, “Sock on a what?!”, the social media campaign has exploded in a flurry of selfies of men wanting to promote testicular cancer awareness.  The Sock on a Cock Facebook page has gotten over 24,000 likes, and while it is a closed group, it is a virtual certainty that the numbers of likes continue to grow.
Testicular cancer survivor Ryan Farrington, just 26, ensured he had his selfie done, complete with bright pink sock.  He says Checkemlads was a lifesaver for him, as Philly Morris even came to offer his support in hospital.  Farrington says he posted his selfie before he was even aware anyone else was doing it, and he even nominated some of his buddies to do the same.
This is perhaps one of the most unique challenges out for men today.  While the no makeup selfie for women has gotten a lot of press of late, the social media campaign for testicular cancer awareness may take people in North America by surprise.  Certainly, disgraced cyclist Lance Armstrong is likely one of the most prominent faces of testicular cancer, having had it years ago, but it is a condition that remains one of the easiest to cure.  It has a relative 5-year survival rate of 99 percent, and even if the cancer has spread beyond the lymph nodes to organs, the 5-year survival rate remains at around 74 percent.  If it has spread just to the lymph nodes, 5-year rates sit at around 96 percent.
It is definitely a cancer many men do not want to discuss, as men are notoriously…well…private about their parts.  It leaves many men with many questions, such as their ability to father children later on.  However, like other cancers, testicular cancer is one that needs discussion.  The Sock on a Cock campaign may be just the way to do it.  It is silly, fun and a way to get people talking about it.  A social media campaign designed to raise awareness – even one where people may ask, “Sock on awhat?” – cannot ask for more than that.
at March 21, 2014 No comments:

The Saint in America

Stateside fans of classic thrillers should be rejoicing for today 49 of the original Saint books as written by Leslie Charteris are available in the US Kindle store for downloading to your devices. 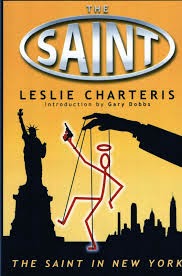 Email ThisBlogThis!Share to TwitterShare to FacebookShare to Pinterest
Labels: leslie charteris, the saint 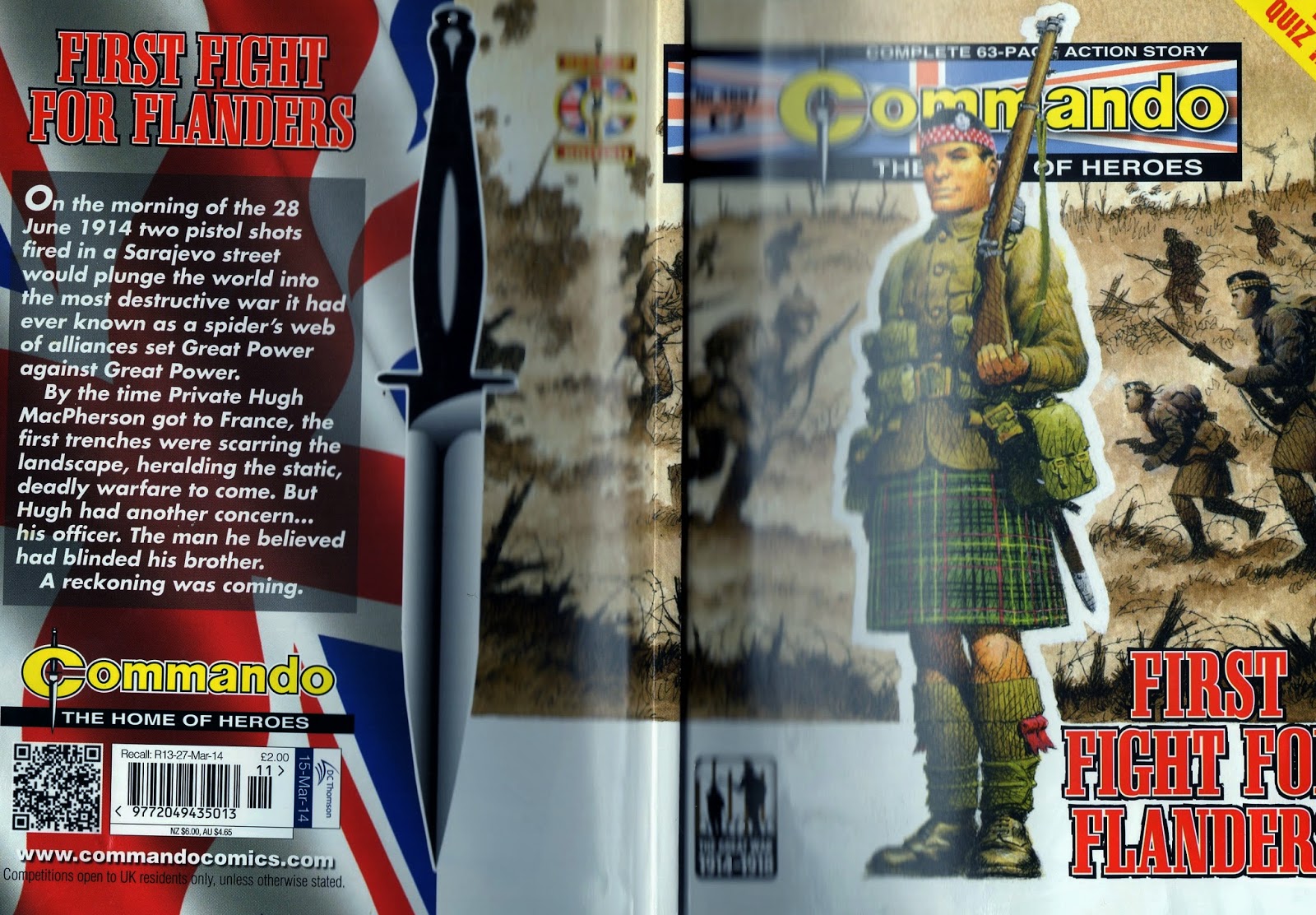 Amongst the latest batch of Commando titles to hit the shelves is another WW1 set story. First Fight for Flanders written by George Low and drawn by Keith Page takes place during the first battle of Flanders when the invading German army were trying to break through to the Channel Coast.

The plot is carried forward by the antagonism felt by a young private to his cowardly commanding officer. The two men have a history from just before the war and the young private knows that his CO may have been the man responsible for blinding his younger brother in a shooting accident. 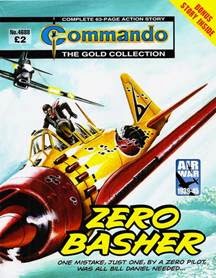 The story is tightly plotted and the art by Keith Page is perfectly suited to the events portrayed. I love the Commando books and I'm enjoying their current World War 1 series.

The other three titles in the shops at the moment are World War II adventures with Seaplane Strike and  The Invisible Warrior looking at the Eastern Theater of War while Zero Bashers deal with the air war.

Recently I posted a feature about an old pulp book from the Sexton Blake Library that I picked up in Cardiff's Excellent Troutmark Books. The piece is HERE and in the piece I wondered about author Walter Tyrer. The piece was read by Archive friend, Keith Chapman who wrote a piece on the author for the Bookshelves and Brown Ale Blog. 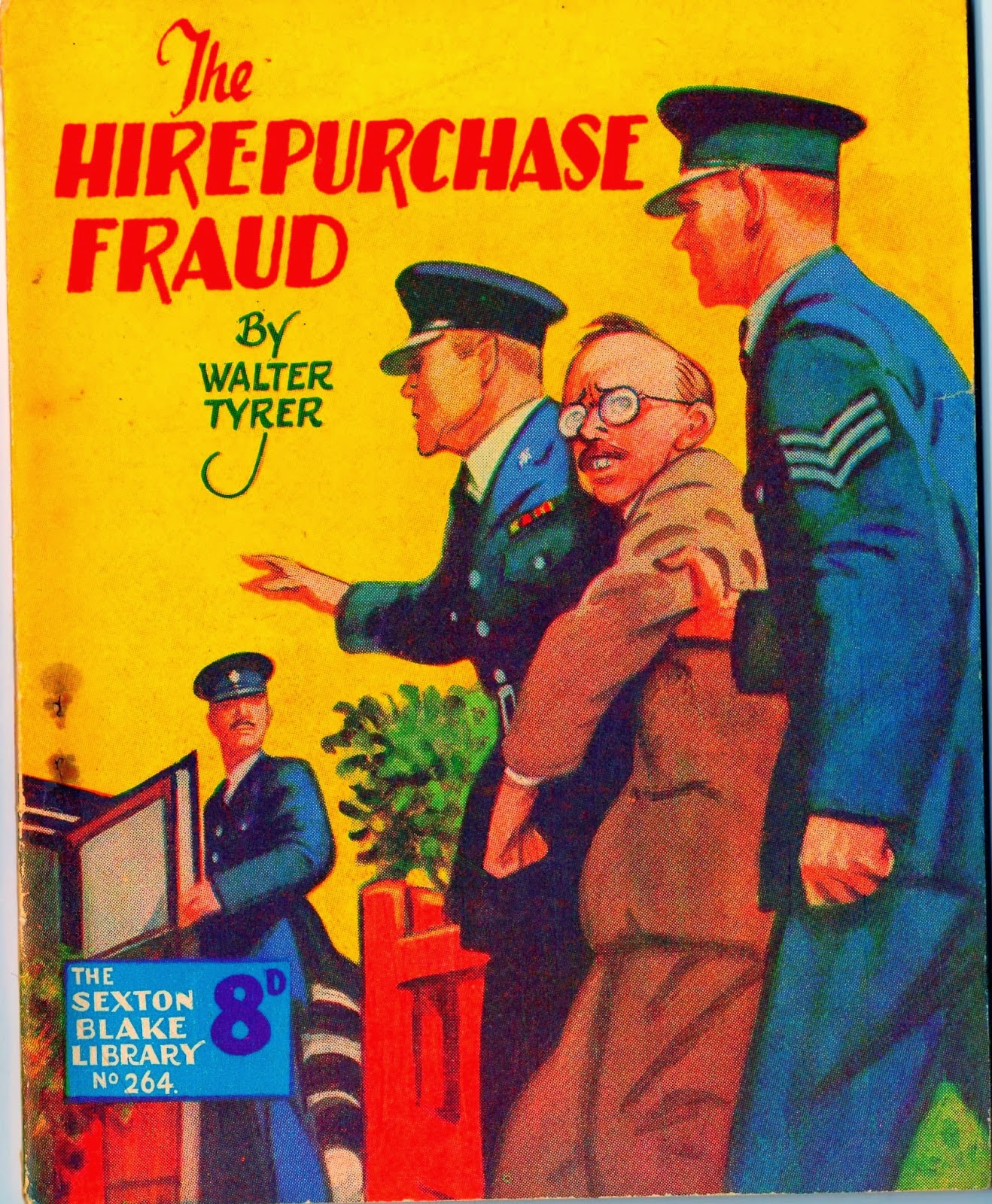 Once a member of the editorial team at the Sexton Blake Library and later editor of the Edgar Wallace Mystery Magazine, Keith now writes westerns in the Black Horse series under the name Chap O`Keefe and has recently been involved in re-issuing his O`Keefe titles as e-books (www.blackhorsewesterns.com/feb14 ).

It's been awhile since I've done any live performing but in a fortnight's time I will be doing my first stand up comedy gig in almost five years. I've invented a new stage persona, that of Valleys cabbie Rhondda Ron, and I've been posting the odd video onto a Facebook page just to try out a few routines. here's one below - I call it Yanto's Pigeon.

Let me know what you think.

Self Publishing - Lancashire University is to soon launch the world's first MA degree in self publishing. The course will be launched in September 1914 and aims to help writers on along the rocky road that is self publishing.

Sensational Reading - Researchers with too much time on their hands at Massechusetts Institute of Technology have developed a wearable book which allows the reader to experience the same conditions as detailed in the book they are reading. The vest which is connected to a book will alter temperature and vibration to mimic whatever the main character is experiencing in the book.

A new book show - has been launched on the web. Book Break is filmed as live and billed as the first Internet Book Show and you can find the first episode HERE. I do hope this show proves successful as it's well done and provides a much needed professional quality book show. So get over and watch the show and subscribe to the You Tube channel. The first show is also embedded below - 183 million printed books were sold in the UK last year -- and many more ebooks besides - yet still there is no dedicated book show on British screens. Until now.