Get Back and Re-evaluate Paul McCartney 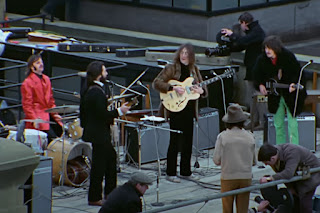 People are taking different things from Peter Jackson's edit of the Beatles  Twickers sessions, entitled Get Back that recently aired over eight plus hours on Disney +. But for me (I'll start a sentence how I fucking want to. That's rock 'n' roll) , a lifelong Beatle (there's nothing better) fan the vibe, the message, the word I get is that it's time to re-evaluate Paul McCartney.
Of course Jackson's edit is not 100% truthful - the pressure is just too much and Yoko is presented as less than the annoying fucker she likely really was. If you watch the original Beatles Let it Be movie and then  Jackson's latest mammoth edit then the truth about the Yoko (remember she firmly holds the reign of the John Lennon brand)  is probably somewhere in-between. If you think she sat around knitting and on occasions uttered a series of unmelodic yowls, the sound of pain and anguish, then you're just a little bit fucked up. No doubt, the victim of reality TV and the dumbing down of the brain cells that fire, spark, and evaluate in the viewer. You can only watch so much consuming of kangaroo anus and bonding sessions between false fuckers, before you're critical facilities are as fucked up as the average Jeremy Kyle viewer.
All you need is love, baby! 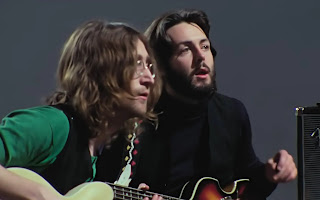 After all this time (it was more than fifty years ago today! That's half a fucking century) nothing could be really truthful and all that gold tinged celluloid can be made to tell any story that is required, meet whatever agenda is needed to keep everyone happy. Fuck that though - it's time for some peace in the neighbourhood. Yoko bashing is no longer necessary, Lennon myth-making has run its course, and now it is time to look at the Beatles as they were - that is what made up the Beatles.
There is no doubt that Beatles were four hearts combined - the Ringoist, the Lennonesque, the Harritualist and the Maccamelodist that made the band greater than its parts. None of these quarter parts would ever equal the wonder, the sheer magic of the whole but the truth must be spoken and it is McCartney, that dude who looks more and more like Murder She Wrote with each passing year who was the heart of the latter period Beatles and since that heart stopped Beating it is the Macca who has continued to push the boundaries of what popular music can be.
One day the Press to Play album will be considered a fucking epic masterpiece because it  fucking is, even if Press is a shit song.
Watching Macca pull the song Get Back from thin air in the Jackson edit has drawn loads of comments - magic, wonderous, brilliantoid - but this is what songwriters do and McCartney is arguably (fuck the facile arguments) the greatest pop./rock songwriter the world has ever known. I saw two Magpies, We're open tonight, the other me wags the long tailed winter bird. I mean get real - stop dissing the genius and for every Ebony and Ivory there is a Looking for Changes to restore the equilibrium.
Macca rocks!!!! 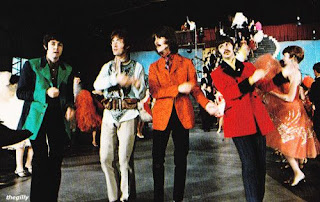 That's what Get Back shows - I've always maintained that the Beatles as a functioning unit ceased to be after Revolver and that from Sgt. Pepper's onwards it was the Paul McCartney band. Sure John and George (actually George came up with his best stuff during this period) contributed a lot of greatness but Macca was the driving force. McCartney seemed to be the only one who cared - the others were burnt out from being the most amazing musical force the world had ever known. Paul was still Beatle-Paul while George was fast vanishing into mysticism, Lennon was in ego destroying and self indulging smack head mode and Ringo was Bricky building. It's all too much but listen to reason folks because you're mother should know.
Let's imagine (all the people) that's it's 1968 - John's off tripping the light fantastic, George's discovering that we all live on within you and without you, Ringo's coming up with a cool sand/cement mix and Paul's...well, Paul's all over the place and soaking up influences from the Asher's eclectic mix of friends and friends of friends. These Liverpool scallywags have done good but whilst the others are content to enjoy the trappings of wealth and fame Paul is still pushing boundaries. John Lennon may have been the original Punk, but Paul was the nutty professor on acid.
The recent album, McCartney III shows this...acid or otherwise.
It's that deep deep feeling in the carrot patch. 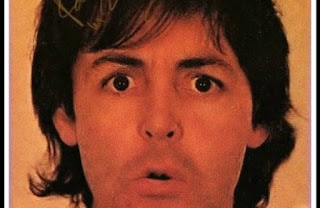 So let's re-evaluate Macca - let's pull him from his Beatle past, his ever present past, but remember the Beatles may have split up but Paul never stopped being Beatle Paul. He's still, after all these years, Beatle Paul.
Once you're Beatle Paul you are always Beatle Paul.
Ram is astounding - continues to astound with each passing listen, Venus and Mars is actually better than Band on the Run which in itself is actually AOR gold and if you Listen to what the man said then you may stumble across Electric Arguments which is  amazing. There's a lot more too - Don' Be Careless Love and That Day is Done from Flowers in the Dirt or No Values from the stroll down Broad Street, or the Pound is Sinking while we play Tug of War. There's so much in Beatle Paul's solo work that will astound you and with a little luck carry you on through life. 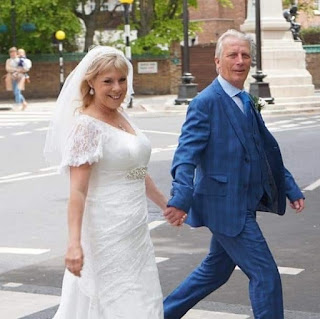 I got married last year, to a girl I'd known forever and directly after the ceremony (Hand in Hand was played in place of  the wedding march) we went and had a snap at the Abbey Road crossing.
The Beatles and me...we go back a long way.
at December 05, 2021

Email ThisBlogThis!Share to TwitterShare to FacebookShare to Pinterest
Labels: get back, paul mccartney, the beatles