Rise and fall of the PLANET OF THE APES 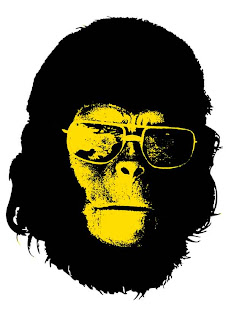 It’s been a long time since I’ve found myself excited by the Summer movie season – for the most part I find most modern film, especially of the big budget variety, to be uninvolving.  For all the incredible imagery filmmakers are able to put on screen these days there seems to be something missing – story perhaps, good acting , maybe. That’s the basic thing – no matter how good the CGI, how realistic, without story or character the end product is pretty bland and is quickly forgotten. However, one film I am looking forward to is Rise of the Planet of the Apes, but this is because I was such a fan of the series as a kid. I expect though to be disappointed just as I was with Tim Burton’s remake of the original movie. 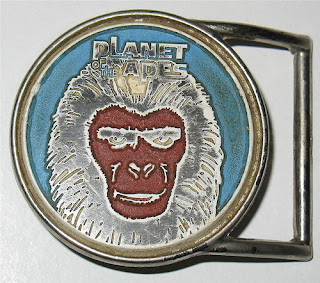 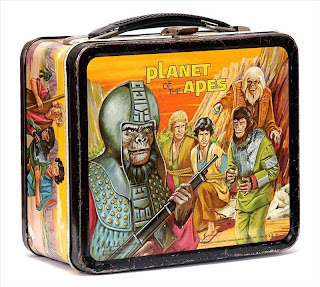 Planet of the Apes was huge when I was a kid – we’d never had anything so populist, so accessible in SF cinema. Remember this was long before Star Wars played across cinema screens more used to grime streaked, realist cinema. I didn’t see the original movie when it first played at the cinema – being three years old I was probably sleeping – and it wasn’t until the 1974 TV series played on UK screens that the craze really started for me. The TV series, although short lived, kick started interest in the series with young viewers at the time. That same year we had Planet of the Apes comics in the shops and the UK went ape crazy with the shops full of apes merchandise. The TV series was not a success in the US where it was cancelled after only half a season, but in the UK it was massive and became one of ITV’s most popular programs. The original movie and its sequels were re-released to UK cinemas and I remember watching all of the apes movies in my local cinema, The Workingman’s Hall in Gilfach Goch. And Marvel UK brought out a weekly comic book based on the apes series – I still remember buying the first issue of Planet of the Apes, along with that other new title, Dracula Lives, which I think, was launched around the same time, and thinking these were the coolest comics ever. 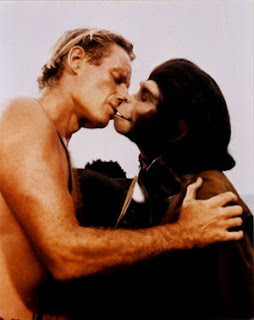 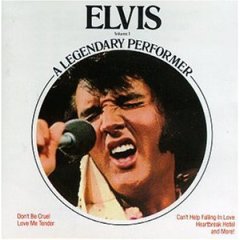 Ahh it was a better world back then – Elvis was still in Graceland and all was right with the world. Well, apart from the strikes, riots and escalating crime rates, but we were unaware of all that. Hey, who follows current affairs when they are nine years old? That stuff was for the news, which, quite frankly didn’t hold our interest in the same way as Planet of the Apes. 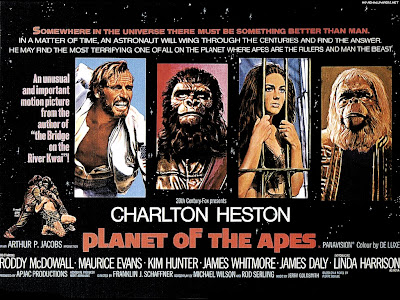 Of course nothing’s as good as you remember it and when I recently picked up the TV series on DVD, I found that it wasn’t quite as good as I’d thought. And after a few great episodes it pretty much adopts a formula and sticks to it. It’s the same with the original movie run but the first and last movies in the original series remain classics. I also think Beneath the Planet of the Apes is OK’ish.

And so I’m waiting now to see what they make of the new movie, Rise of the Planet of the Apes but you know what.... I guess I’m not holding out too much hope

Posted by Gary Dobbs/Jack Martin at 04:32

I am sure the TV series was on at the weekend either Saturday or Sunday.