Let's all be grateful the Hateful are on the way 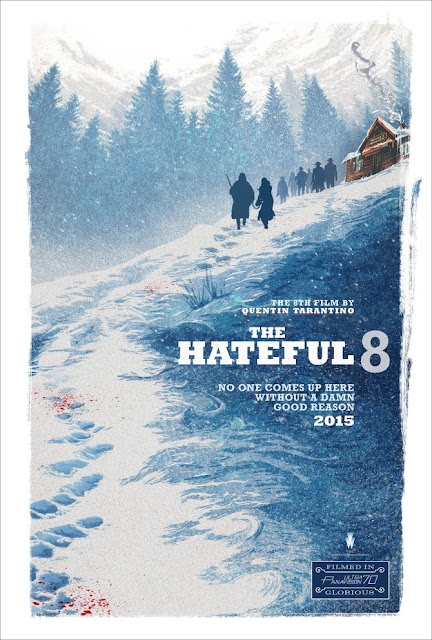 Quentin Tarantino assembled his “The Hateful Eight” team for a panel at Comic-Con in San Diego on Saturday.

During the panel, Tarantino announced that legendary film composer Ennio Morricone will write the score for “Hateful Eight,” marking his first Western score in 40 years. Morricone is best known for his innovative music for the Spaghetti Westerns, particularly “The Good, the Bad and the Ugly.”

The director was joined by the main cast members who make up the titular “Eight,” minus Samuel L. Jackson, who provided the voiceover for one of the videos presented during the panel. Kurt Russell, Jennifer Jason Leigh, Tim Roth and Bruce Dern were among those from the cast attending the discussion.


“Quentin has greatest attention to detail as any director who ever lived,” Dern said. “If he had a rival it would only be Luchino Visconti.”

Tarantino went into a rant against digital cinema  - “That’s not the movie industry I signed up for,” Tarantino said. “I am not a fan of digital projection…we’ve already ceded too much ground to the barbarians.” Digital cinema, he said, is “like HBO in public. So maybe I’ll move into TV.”

Posted by Gary Dobbs/Jack Martin at 08:32