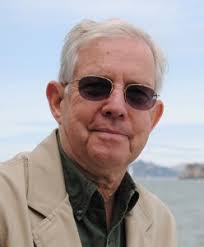 The Internet and its ability for networking has changed our lives - without the Internet all the name Bill Crider would have meant to me -  just another of American writer of  the mysteries and westerns that I like so much. However, he became a good friend and although I never met him personally I did get to know him quite well via the world wide webbie thingie. When I first broke into publication, all the way back in 2009 with Tarnished Star, Bill was one of the first to offer a review - you can read that HERE.

There's a downside of course to  this ability to so easily connect with people - and when the news, not unexpected, that Bill recently passed after after a long and courageous battle against cancer arrived, I felt as if I'd lost a close friend, someone important to me and you know even although our relationship may have been conducted electronically, broad-banded across oceans, it was a real friendship. I may not have physically looked into his eyes, but through his words, our correspondence I felt his soul. Bill was a warm, kind, caring man with such a well developed sense of humour that I swear he had a little Welsh blood somewhere in his ancestry. 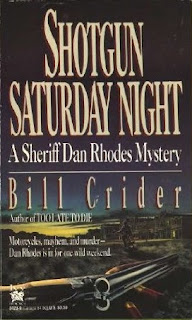 Bill was best known for the Sheriff Dan Rhodes mystery series, but in all he published more than fifty books, covered many genres from westerns to horror novels. Only a writer can fully appreciate the demands the craft puts on a person, the time it eats up and yet Bill always managed to find the time to offer advice to new and seasoned writers alike.

Bill led a full life, died a courageous death, and his memory will be cherished not only by those who knew him personally but the many many thousands of us to whom he offered the hand of digital friendship.