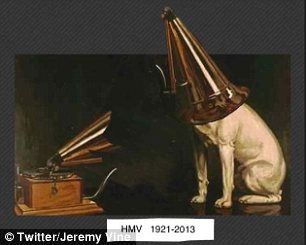 Wollworths, Comet, Borders, Our Price, Virgin, Jessups and now HMV can be added to the list of once dominant chain stores who have vanished from British High Streets.

It's a changing landscape out there with online giants such as Amazon and downloading taking the blame for the decline in stores such as HMV which was, at one time, the UK's biggest seller of CD's, DVD's and computer games.

Though only a few years ago stores like HMV were seen as he predators while independent record shops found themselves unable to compete with the cheap prices at stores such as HMV. And now there's an even bigger predator in town and HMV are finding themselves unable to compete with neither the prices nor the shopping experience provided by Amazon and other such online stores. 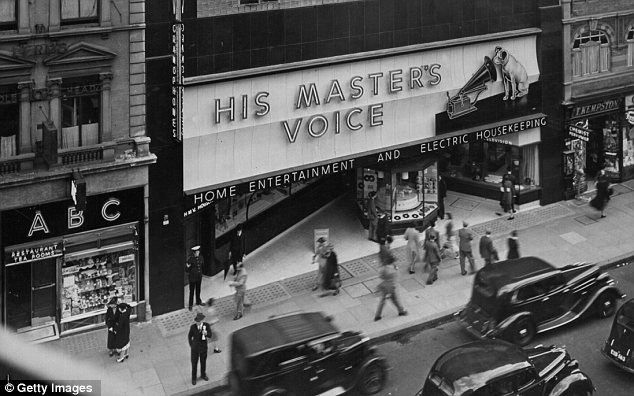 Posted by Gary Dobbs/Jack Martin at 04:30

Email ThisBlogThis!Share to TwitterShare to FacebookShare to Pinterest
Labels: hmv

HMV have no one to blame but themselves. Poor customer service, staff with lack of knowledge and displays that make jumble sales look organised. Online just as chaotic.
I'm back until my blog disappears again.