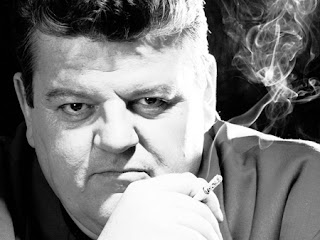 In a second-hand store I recently came across a DVD box set containing the entire run of Cracker - that's the Jimmy Mcgovern created crime drama that starred Robbie Coltrane and was the inspiration for the short lived US TV series, which was known as  Fitz when shown over here in the UK. The series started in 1993 and ran until 1995 with a special in 1996 and then another a decade later in 2006.

Although the initial run was three series the stories here are all edited together as TV movies, and I must say I prefer them in this format. Many of the stories are over three hours long and when viewed as complete stories they seem to have much more punch.

In some ways Cracker follows the template set by shows such as Columbo - in that in most of the stories we witness the main crime, knowing who the killer is so that the standard whodunnit is foresaken, and instead we watch the police collecting the clues that will lead them to the conclusion. However where in Columbo things would be tied up nicely in Cracker this was not always the case.  The show was originally written with actor Robert Lindsay in mind for the title role but when he declined Coltrane was brought in to play the chain smoking, heavy drinking and gambling addicted criminal psychologist. It was inspired casting and it is difficult to imagine anyone playing the role as well as Coltrane. Jimmy McGovern who created the show wrote the first four stories - the mad woman in the attic, to say I love you, One Day a Lemming will Fly and To be a Somebody and all are excellent with To Be a Somebody which featured a young Robert Carlyle being a particular stand out. But all of the McGovern penned episodes, with the exception of the 2006 special were exceptional. In fact two stories, To Say I Love You and Brotherly Love, received Edgar Awards from the Mystery Writers of America. 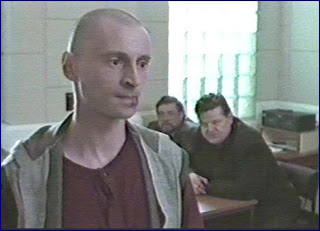 The fifth story, The Big Crunch was written by Ted Whitehead and feels more Inspector Morse than Cracker but the following story, Men Should Weep saw McGovern back as writer and this storyline was one of the most hard hitting ever seen on prime time TV. In this episode the much loved character  DS Jane Penhaligon was raped and it would eventually be revealed that she was raped by DS Jimmy Beck who was also a regular part of the team.


This was followed by Brotherly Love which was again written by McGovern and saw the rape storyline tied up in spectacular fashion. This was the last story written by McGovern before the weak and rather preachy 2006 comeback special, A New Terror. Best Boys followed this story and written by Paul Abbot it was basically a rewrite of the earlier story, To Say I love You and then Abbot again contributed a Fatal Attraction type story entitled, True Romance. The following year saw a special episode  again written by Paul Abbot entitled, White Ghost. This was set in Hong Kong and featured only Coltrane and Ricky Tomlinson from the regular cast.

After this Coltrane decided not to return as Fitz unless McGovern would write further episodes, but McGovern felt he had said all he had to say about the character. It seemed that was the end until 2006 when McGovern did return to pen a special comeback episode entitled, A New Terror. It was an interesting premise but  the story seemed to be an excuse for criticising the US foreign policy following the 9/11 attacks. It was ultimately a disappointment and although it did seem, on times, anti-American the New York Times didn't think so and gave the story a good review.

"Some British critics have accused “Cracker: A New Terror,” which has its United States premiere tonight on BBC America, of preachiness, heavy-handedness or both. One review suggested that since everyone in London sits around at dinner parties expressing anti-Americanism all the time, there was no good reason to repeat all those sentiments in a murder mystery. 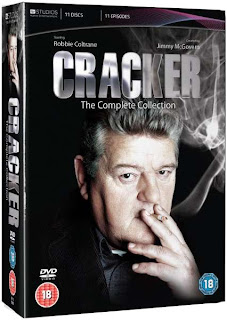 That sort of thing plays a little differently here. First, there is a sense of relief that characters on television are talking about the events openly and irreverently. Then there is the punch of confirmation that much of the rest of the world may indeed despise the United States for what the Bush administration calls the war on terror. And for local viewers, there is a hint of vindication when the mother of the movie’s first victim tells a Manchester police officer: “My son wasn’t American. Not in that way. He was a New Yorker.” The New York Times...Oct 2006

Overall then Cracker was an excellent TV series and the box set is well worth owning - the first few stories have stood the test of time, and remain exceptional British TV drama.

Posted by Gary Dobbs/Jack Martin at 14:10

Exactly the kind of article we've been missing. Thanks.

Anonymous said...
Exactly the kind of article we've been missing. Thanks