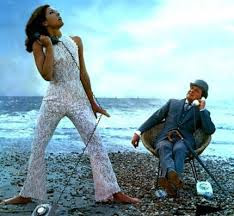 He was the quintessential English gentleman - forever associated with the bowler hat and umbrella, Patrick Macnee will for many people be remembered as John Steed in the cult TV shows,The Avengers and the New Avengers. Born in 1922, Macnee's life was as colourful as the characters he often played - expelled from Eton for selling pornography and running a bookmaker business. He served in the Royal Navy during world war II. He took up acting following the war and appeared uncredited in many films before getting a role as Jacob Marley in  Scrooge(1951).

In 1961 Macnee took the role of John Steed in The Avengers, which was originally intended to be a vehicle for Ian Hendry who played Dr David Keel while Macnee was his sidekick. However Hendry left after the first series and the character of John Steed became the focus point. The series would run for six seasons with Macnee being partnered with a string of glamorous female assistants. This was the height of the James Bond/Spy mania and The Avengers became something of an odd  and very stylish, not to mention surreal 1960's masterpiece.


''So very sad to hear Pat MacNee has left us. We were mates from 1950s and I have so many happy memories of working with him. A true gent.'' Roger Moore


The show was brought back in 1976 as the New Avengers with Macnee partnered with Joanna Lumley as Purdey and Gareth Hunt as Gambit. The new series only ran for two seasons but these days is as fondly remembered as the groundbreaking earlier show.

In 1985 Macnee was back in the spy genre playing alongside Roger Moore in Moore's final Bond movie, A View to a Kill. The chemistry between the two actors is one of the high points of the movie. Macnee had of course previously appeared with Moore when he took on the role of Dr Watson to Moore's Sherlock Holmes in the terrible but oddly watchable  1976 TV movie, Sherlock Holmes in New York. 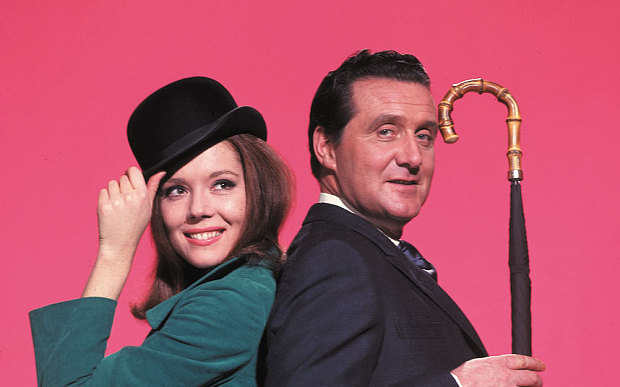 Posted by Gary Dobbs/Jack Martin at 03:33

Email ThisBlogThis!Share to TwitterShare to FacebookShare to Pinterest
Labels: patrick macnee, the avengers

I enjoyed watching this series.