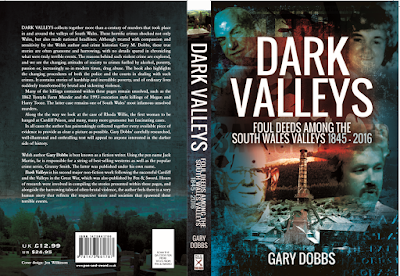 2015 was a busy year for me - as well as penning a new western, Riding the Vengeance Trail (out May 2016), I found myself working on two major non fiction projects Cardiff and the Valleys in the Great War saw publication from Pen and Sword Books during the summer, while Dark Valleys, a look at historical murders that have taken place in and around the South Wales Valleys will see print during 2016.

I'm still writing and polishing the latter title - my deadline looms a month away, and I'm pleased with the way the work is shaping up. The research threw up some interesting avenues of investigation, and I was able to share some new information with the police regarding a cold case from 1993 - but you'll 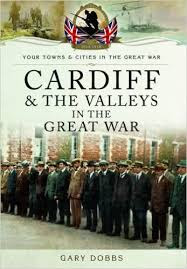 be able to read about that later in 2016 when the book sees print. Ive also signed another contract for a follow up to my first world war study, -  Cardiff at War 1939-1945 will likely see print during mid 2017, but I'll be starting the work on this title immediately following the delivery of the manuscript for Dark Valleys to my publisher.

During the summer, May to be precise my western, The Man From Jerusalem saw print, and sadly turned out to be my last western for Robert Hale, the publishing house that first put me into print. In Dec 2015 Robert Hale shut up shop after more than 80 years in the publishing business. They had my forthcoming, Riding the Vengeance Trail under contract and to say I was dismayed is an understatement. Still there was a silver lining in the shape of Crowood Publishing who are to continue the Black Horse Western line and my book is to see publication in May as originally scheduled. Still I'm going to miss Robert Hale and owe them a great deal. 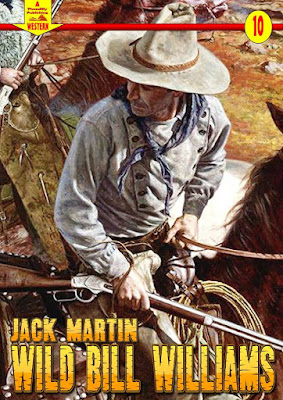 Several of my older titles are to be republished by the wonderful Piccadilly Publishing - Tarnished Star and Wild Bill Williams will be the first two - Tarnished Star now goes under a different name, LawMaster in order to tie into a film version, that director Neil Jones is developing.

I'm pleased to be publishing with Piccadilly Publishing and plan to pen a new western for them during the first few month of 2016. And I'm hoping that the company will be able to put me westerns before a new and larger audience.

Piccadilly Publishing is the brainchild of longtime Western fans and Amazon Kindle Number One bestselling Western writers Mike Stotter and David Whitehead (a.k.a. Ben Bridges). Since 2012 the company has been bringing back into 'e-print' some of the most popular and best-loved Western and action-adventure series fiction of the last forty years.


They certainly have a high profile on the Internet and as you can see from the new cover art for, Wild Bill Williams they  mean business. As soon as the new editions are available I'll let you all know. 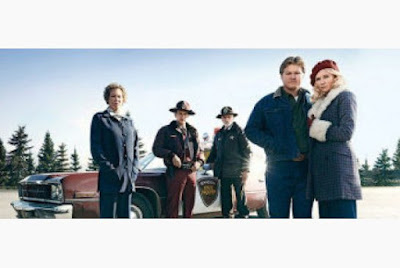 What have I enjoyed this year? Well there was a new Bond movie, Spectre and although not as strong as Skyfall it was a damn entertaining ride, Quentin Tarantino delivered a great western in The Hateful Eight and there was another bloody Star Wars movie. I didn't visit the big screen as much as usual in 2015 (Im getting tired of superhero movies) but I did follow some great TV - the second season of Fargo was even better than the excellent first, and The Walking Dead returned for a new season and seemed to be back on form. Hell on Wheels also returned to the small screen and so far the first half of the fifth and final season has been aired - I enjoyed it overall but think the show is starting to power down. Still the mid-season climax was exciting stuff and I'm eager for the conclusion early in the new year. There was also a TV pilot, thanks to Amazon, of Edge, the western character created by George G. Gilman. And whilst not brilliant the pilot did show promise so fingers crossed.

What books stick in my mind? Well I very much enjoyed the new Bond novel, Trigger Mortis by Anthony Horowitz. Stupid title aside it was a bloody good read that managed to feel like Fleming was once again pounding the keyboard. This year also saw Stephen King publishing the first two books in the Bill Hodges Trilogy and I think these books are among the best he's ever written - Mr Mercedes and Finders Keepers kept me turning the pages. A lot was made of the fact that these were straightforward crime thrillers with no supernatural elements, but to me they felt like vintage King and the characters were as good as ever. End of Watch, the final book in the trilogy will be published this coming summer and I can't wait to finish the story. 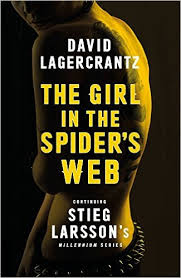 I also read a fair few westerns this year - going through the entire Lonesome Dove series in chronological order rather than publication order, and found that I was noticing a lot of continuity errors when read in this way. I also caught up with classic westerns thanks to new eBook editions and have especially enjoyed rediscovering Herne the Hunter. I also  read a lot of crime fiction this year - The Girl in the Spider's Web was a worthy continuation of Stieg Larsson's Millenium series. No one could have expected this book to stand up alongside the original classics but author, David Lagerchrantz seems to have managed it. We lost Ruth Rendell this year and Dark Corners was published as a posthumous work. The author had all but completed the book when she died in May and all that remained was for some polishing. I very much enjoyed this book and was deeply saddened by the death of the author. The world of fiction also lost another of its great voices this year, when Terry Pratchett passed away in March. His final Discworld novel, The Shepard's Crown came out during August and although I picked up a copy on publication day I have yet to read it. It sits in my TBR pile and will be tackled soon. 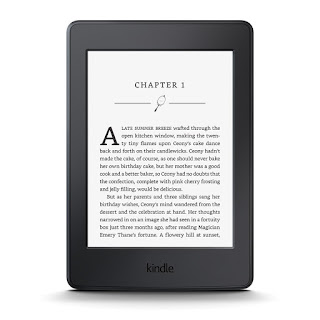 During 2015 eBook sales seem to have levelled off but the industry is still strong - of course the year started with the tremors resonating from the Amazon/Hatchette book pricing row but now that the industry has matured somewhat it was inevitable that sales would even off. Though eBooks are still doing the business and look set to continue doing so. All in all though it was a calm year with Amazon upgrading the excellent paperwhite device, and admitting that their prestige Voyage eBook reader failed to find the market. In truth the Paperwhite device is so good that there is no need to try and top it. And whilst the Voyage may be the best eBook reader out there it is simply too expensive and is, let's face it, not that much better than the Paperwhite.

And so we fast forward into 2016 - on a personal note I've got the birth of my first grandchild to look forward to, and I'm hoping to get a couple more books written. As well as the contracted titles, I've set myself a target of writing at least three novels during the coming year. I certainly need to get the fourth Granny Smith novel done and somewhere in the back of my mind I can feel another Jack Martin novel taking shape-still we'll talk about all that at the end of the year.

Posted by Gary Dobbs/Jack Martin at 19:58

Makes me feel like a piker, you got a lot done.

Frigga "Christina Lindberg (Thriller - They Call Her One) was the original "Lisbeth Salander The Girl With The Dragon Tattoo!

"Who will survive and what will be left of them?"Watch! Lugnet´s Grindhouse Exploitation Double Feature "All The Way" "It Ain´t Easy" ! A Double feature that´ll tear you in two! Starring Tarantino´s favorite 70´s icon/actress Christina Lindberg!
https://www.youtube.com/watch?v=u2luOuo5-iQ&list=PL2M7luJCDh3GWGlg04BscaQjOKLkaRvVV