10 Reasons why Star Wars is Shit 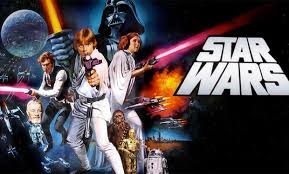 I swore I wouldn't, but I have. I've become sucked up into the hype surrounding the new Star Wars movie. Fucking addictive space operatics.

To prepare for the new film, and in a mood of extreme masochism, I decided to revisit the previous six movies and watch them in chronological order.

Well  I've just sat through The Phantom Menace in 3D,  and it's no better in 3D, in fact it's worse. The colours are overly saturated and Jar Jar Binks is celluloid toothache. I mean all the character ever does is look up at the sky, ceiling, roof and utter complete drivel - dialogue which sounds vaguely racist, almost like the crows in Dumbo .  Jar Jar Binks was so obviously designed to make a cute cuddly toy that I was half expecting him to have a barcode woven into his costume.

The Phantom Menace is more than a bad movie with one or two good bits - it's a terrible movie with one or two good bits. Okay the pod race, obviously designed with the video game in mind,  is fun and the double light sabres look fantastic, but to get to these parts we have to sit through young Darth Vader yelling, 'Whoopie' a dozen or so times, as well as a plot so convoluted and nonsensical that the viewer is in danger of losing the will to live. It's something to do with tax inspectors - least, I think so. 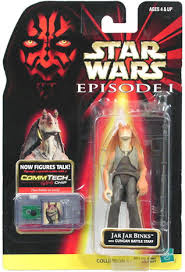 "Jar Jar Binks was so obviously designed to make a cute cuddly toy that I was half expecting him to have a barcode woven into his costume."

I mean come on - The Phantom Menace is just a two hour commercial for George Lucas to wring even more bucks out of a stale concept.

Obviously George hasn't thought the re-release program through properly just as he didn't think the story of The Phantom Menace through before disappointing Star Wars fans everywhere.

There are those that defend The Phantom Menace but that's got to be blind allegiance to the franchise.

"I'm sorry, but I'm not going to watch the Clone Wars TV series until I've seen the Clone Wars movie. I prefer to let George Lucas disappoint me in the order he intended." Sheldon, The Big Bang Theory 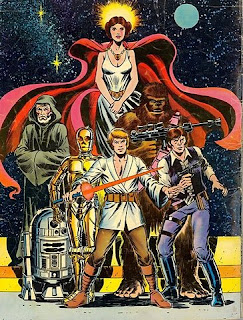 I must confess I'm not a huge fan of the Star Wars series and I think that as a whole it's overrated. I went and saw the original Star Wars at least half a dozen times, but then I was twelve at the time and although the film is still watchable it's hardly the intelligent SCI-FI often displayed by the likes of Star Trek, and saying, as many do,  that Star Wars created a mythology as rich as Tolkein's Lord of the Rings saga is, in my opinion, going a bit far.

However the sequel, The Empire Strikes Back is as good a SCI-FI film as any other and I must admit that the original Star Wars is in its own way a classic of cinema, but after that the franchise left me cold. The Ewoks in Return of the Jedi were a transparent attempt at launching a new toy range, and every Star Wars incarnation since has had one eye on the cash register. If Gordon Gekko made movies this is what they would look like.

Star Wars may have initially been  a great saga but George Lucas has turned it into a pile of crap. And I stick by that statement.

Below I present ten reasons why I think Star Wars is crap. 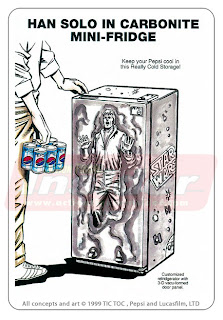 3- Re-issuing The Empire Strikes Back with a dodgty CGI  Jabba tacked on.

4- Caravan of Courage and Battle for Endor - The real episodes 7 and 8!

5-Using an embarrassing plot device as a religion - pity the force wasn't with George.

6 - Making Vader a cute little kid and then having him shout, 'Noooooooo, as an angst ridden teenager.

7-Creating a situation where the biggest box office goes to the dumbest movies. 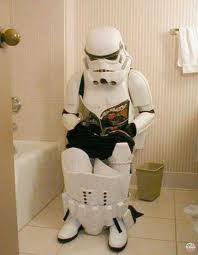 9- Not allowing Han to shoot first.

Posted by Gary Dobbs/Jack Martin at 03:42