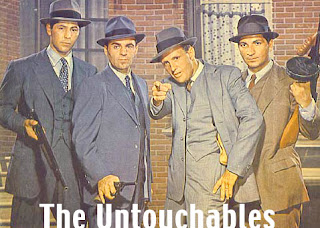 What a bargain - The UNTOUCHABLES first season was originally released on two DVD box sets numbered logically volume 1 and 2.

However this box set, costing £20 from W H Smith collects both collections as well as some great special features. The jewel among the special features is an episode of I Love Lucy entitled Lucy the gun moll and the movie version of the two part pilot that did good business on cinema screens in the UK in the days before the TV series crossed the pond and started running on British screens.

The first season was the best and remains a realistically violent example of TV crime drama.


Though certainly tame by The Shield standards, the inaugural 28 episodes from The Untouchables' first season are still as potent as a shot of Capone's bootleg liquor. Dames get slapped around. Mugs are mowed down in a hail of machine gun fire. Upstanding citizens are brutally terrorized by thugs. Incorruptible Feds are brazenly rubbed out. Sometimes, criminals have the last laugh. It has the visceral kick of watching one of those pre-code Hollywood movies 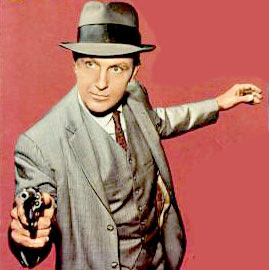 produced before the Hays Office stepped in to sanitize objectionable content. This set opens with the theatrically released version of the two-part pilot episode that set the noir qualities of the series.

Robert Stack stars as Elliot Ness, a Federal agent who forms a special squad of "reliable, courageous, dedicated and honest" men who initially take on Al Capone's corrupt criminal empire in 1929 Chicago. Ness is "a man's man, a tough no nonsense policeman determind to get the job done whatever the cost.

The show was always controversial, Italian Americans picketed the studio to complain that they were being stereotyped as cheap hoods, and was considerably toned down in later seasons but for any crime/TV buff this first season is essential viewing.


Finally got around to watching the 1988 HBO produced movie of Chandler's last novel which was completed long after the author's death by Spenser scribe, Robert B. Parker. And to be honest I really enjoyed it and although n 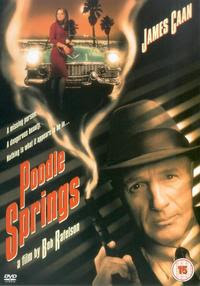 o-one can compare to Bogart's version of Phillip Marlowe, James Caan does a great job of playing the ageing private eye.


The plot is typical Chandler and gets more and more complicated with each minute of screen time but it is all explained away in the final reel and thankfully we find out who killed each victim. No who shot the chauffeur questions to trouble the viewer left dangling here

It's nowhere near the film that Howard Hawks' 1946 Bogart/Bacall Big Sleep but then nothing ever will be. No Marlowe has ever been as good as Bogart's version. However Poodle Springs is one of the better Chandler adaptations and Caan does seem like the character Bogart created only much later in life.

The publicity blurb brought a smile to my lips in the way it references Caan's best movie role - Phillip Marlowe is the godfather of private eyes.

Thanks for reminding me about Poodle Springs. I watched it when it first came out and thought it was well done. I may pick it up on dvd again. Chandler only did the first four chapters and Parker did a great job finishing it. Reviews at the time said Parker sounded more like Chandler than Chandler! There is another Parker book called (I believe) Perchance to Dream. A sequel to The Big Sleep.

Yeah I've never read Perchance - but I felt with Poodle Springs that Chandler wouldn't have gone for the happy ending.