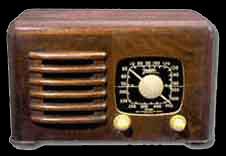 BBC Radio Four was born in September 1967, the 30th to be precise, and was just one of a number of stations the BBC launched that day - of course the biggest noise was made about the launch of Radio One, billed as Onederful One where the new gear pop/rock music has a home. But alongside the launch of Radio One and Two, we had Radio Four (Radio Three was already broadcasting, you see) and this channel is arguably the best radio station in the world. It's schedule is made up of news, drama, comedy, current affairs, history, magazine programs and even soap operas. It truly is a rarity in broadcasting and provides some of the best drama and comedy being produced today. It may be the BBC TV channels that get all the attention but it is on the radio where the real deal is to be found. 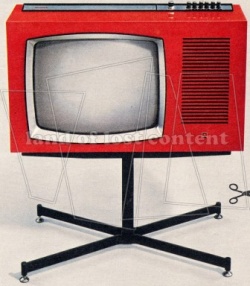 Back when Radio Four was launched it was a different world - MP3's were something of the far future and no one had heard of a compact disc. If you were lucky you may have managed to get hold of one of those new fangled cassette recorders, but there were no Walkmans and the chances are you would listen to the radio on one of those massive RADIOGRAMS which were as much a part of the furniture as a radio. TV's were black and white, and usually large rectangular things on a stand and painted in lurid colours like red, yellow and orange - a coloured TV rather than colour TV.


"The radio station that is still the single best reason for living in Britain." Stephen Fry 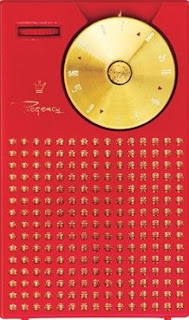 I've always been a fan of Radio Four and it's still my favorite station. I remember getting one of those pocket size transistor radios for my birthday when I was about twelve. In those days we called them trannies but that was before the chicks with dicks stole that particular word.  And it was then that I discovered the station - cuddled in under my blankets I held the radio to my ear, so as not to disturb my brothers or parents and it was then that I listened to my first radio play - it was an episode of Fear on Four hosted by The Man in Black and although I can't remember the full details of the episode I do remember the sheer power with which the story held me in a vice like grip. I was terrified and it was all because of those pictures. A few sound effects, a voice spoken into a microphone and the imagination of the listener provides the images. It's a powerful medium and often superior to film and television.

Of course these days we also have the DAB station Radio Four Extra which is almost entirely made up of drama and comedy. It is a channel where you can catch vintage gems like episodes of The Man in Black or Hancock, and even  catch up on modern day classics such as the excellent Agatha Raisin series with Penelope Keith in the title role.

Anyone wanting to discover the history of this wonderful (not onederful) radio station should check out And Now On Radio Four by Simon Elmes which is published by  Arrow Books and available as a standard book as well as an audio book read by the author.

So go on and do yourself a favour  - retune that dial, stop listening to all that X Factor sanctioned manufactured pap music and tune into Radio Four - in no time at all you'll be hooked.

Posted by Gary Dobbs/Jack Martin at 03:58

i also had one of those transistor radios with the earphone that looked like an old fashioned hearing aid.listening to it in bed at night when i could pick up all these foreign language stations was great.anyway on an unrelated topic i saw today that DC Thomson the publishers of the Beano etc have closed the Dennis Menace fan club or the beano club as it is now known.it will now become an internet only club. i remember joining the fanclub,saving up my pennies so i could send away for my badges etc which i still have and i still have the wallet.i think the fact they are closing it is quite sad.another thing from our pasts passing into that great big publishing house in the sky.have you ever done a feature here on the blog when you post about comics about all the old comic fanclubs like warlord,fireball,desperate dan etc etc that used to exist?i would have loved to be able to introduce my daughter when she is a bit older to things like those clubs.the joy of sending off and then recieving something addressed to me in the post was great.the fact they are mainly gone now is very sad.anyway kind sir i apologise for rambling.keep up the good work!