Recently I passed through the small Somerset village of Montacute -

a small village and civil parish in Somerset, England, 4 miles (6.4 km) west of Yeovil. The village has a population of 831 (2011 census). The name Montacute is thought by some to derive from the Latin "Mons Acutus", referring to the small but still quite acute Ham Hill dominating the village to the west.The village is built almost entirely of the local hamstone. From the 15th century until the beginning of the 20th century it formed the heart of the estate of the Phelips family of Montacute House. The village has a fine medieval church, and a former Cluniac priory, the gatehouse of which is now a private house. 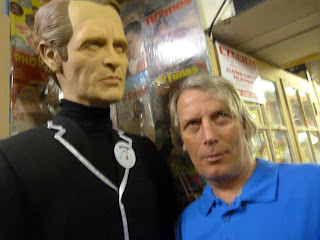 - the village also boasts the Montecute TV and Film Museum. Of course as soon as I saw this I had to pay a visit - my childhood was spent during what many consider to have been the golden age of TV and I have always been interested in pop culture and of course nostalgia is a big pull to my mindset.

The museum is housed in one of the beautiful hamstone buildings on  South Street and although a relatively small building, the museum is packed to the rafters with interesting exhibits and some cool manequins that I couldn't resist having my photograph taken with. Roger Moore, Kojak, Del and Rodney are just some of the life size models on show. There are also a large selection of vintage TV and Radio sets.

It's a great place to visit. 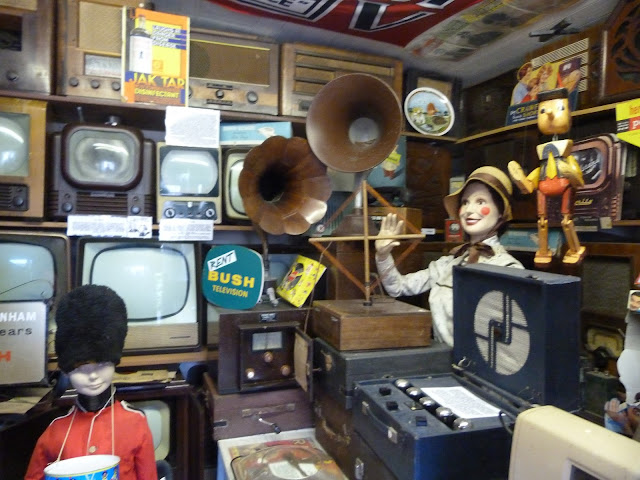 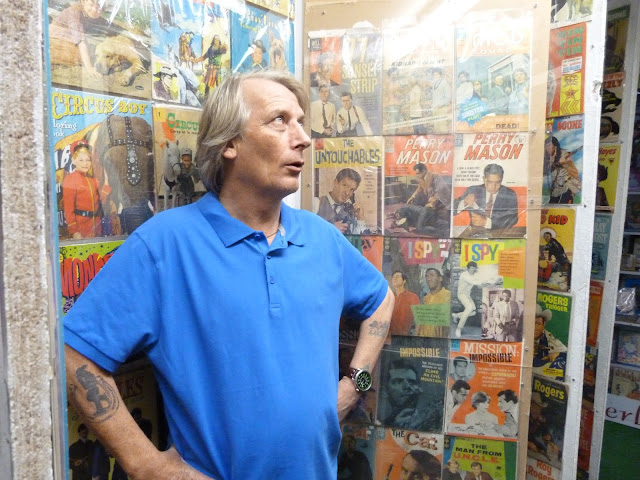 Entry was £8 for adults and £6 for children - I thought this was reasonable as you can go through as many times as you want and stay as long as you want. I spent ages looking at the old magazines, TV listings magazines and old copies of the Radio Times. Afterwards you can go and sit in the garden and have refreshments alongside a lifesize Elvis. 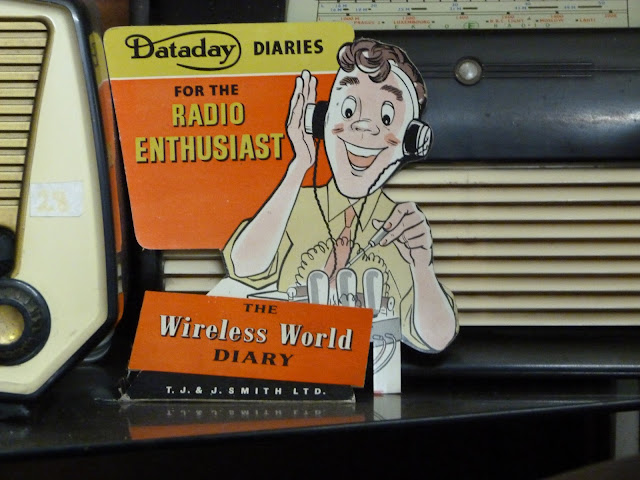 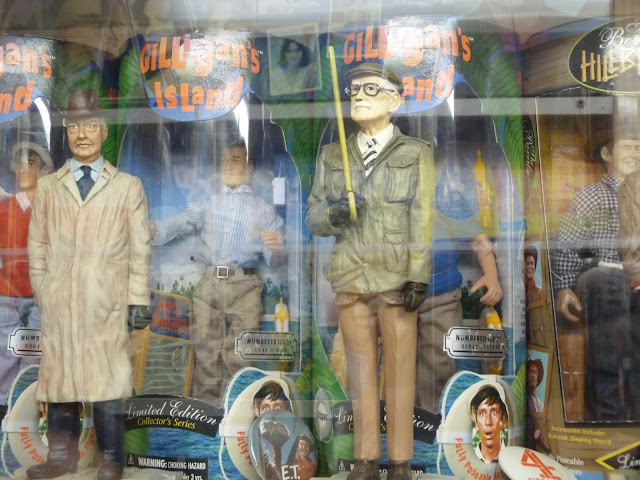 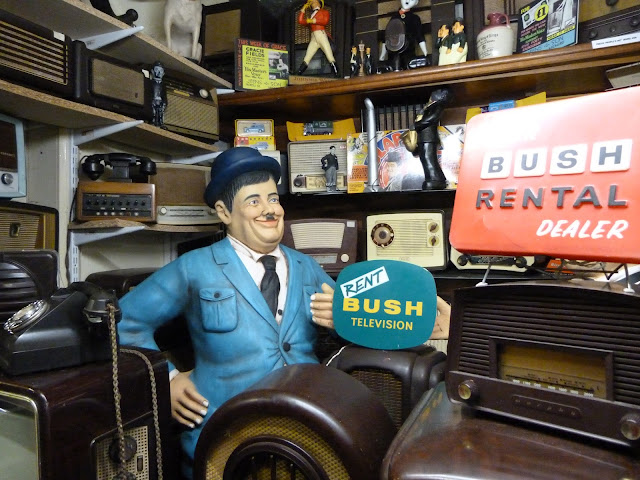 Posted by Gary Dobbs/Jack Martin at 08:08

I discern some resemblance between you and the man your standing beside. Interesting place to spend some time.