Is Picard to die in new Star Trek 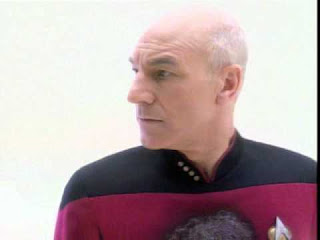 Rumors are that CBS have committed to a second season of its latest Star Trek spin-off series, Picard but without Patrick Stewert whose character is to die at the climax of the first season. Claims, made by  YouTuber Doomcock, who boasts about having a source within CBS,  suggests that a ship would then be named the USS Picard allowing the show to continue.

Doomcock said on You Tube - “Oh hell yes they are going to kill Picard Picard is the only reason anyone would ever watch this s***. But here comes the part that will make fans heads explode. The worst part you can imagine. Are you ready gang? Get this. There will be a Season 2 of Star Trek: Picard.They do that because Patrick Stewart costs too much money, dude. They are bleeding money at CBS. And there is no way with the anemic ratings and the subscriber money they are getting on CBS All Access that they can afford Sir Patrick for another season.They are going to kill Picard. And his ragtag crew of attractive and marketable ragamuffins will miss him b******* about his daggum lombego so much, they will name their stolen star ship U.S.S. Picard. And they will have more adventures aboard the U.S.S. Picard in Season 2. Boldly going where lots of fashion models have gone before.”
Posted by Gary Dobbs/Jack Martin at 13:13