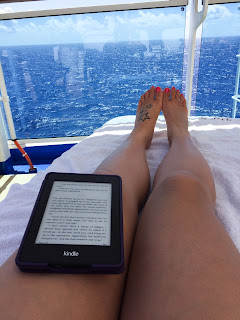 When publisher Macmillan took the step of allowing libraries only one digital copy of their new eBooks over fears that sales would be affected if libraries were allowed to hire out multiple copies at once, the library trade were angered. Steve Potash, the CEO of OverDrive, the American company which provides digital rights management for libraries, called the movie, horse shit.

Well now there seems to be data that proves that Macmillan were wrong to worry and the library rentals actually impacts positively on eBook sales. Rebecca Miller recently revealed the results of a survey in  Library Journal  and the results were positive for digital publishing.

Posted by Gary Dobbs/Jack Martin at 22:19