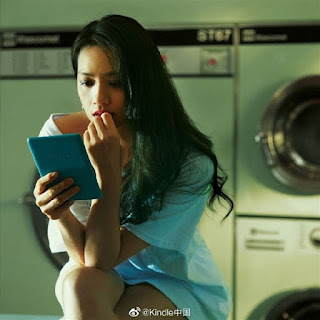 Rumours are rife on technical websites that Amazon are to finally release a colour eInk version of the Kindle for 2021, and this now looks to be a sure thing.

The current range of Kindle devices are more that three years old.

Amazon didn't release any new Kindles last year due to the fact that their hardware is made by Foxcon in China and given the Covid situation the factory has been running at only 30% capacity.

Several times during 2020 Amazon's Kindle range were completely sold out, before stock was replenished so the market is obviously out there.

At the moment there are a few colour eReaders due out in the first quarter of this year and these will use the second generation Kaleido colour ePaper which has great contrast and its greyscale will work fine with front lighted displays. The format will work on screens from 5.84 to 10 inches and eInk have said that they are ramping up production of colour screens both in California and China.

This serves as a threat to Amazon because any eReader that runs Android will be able to use the Amazon Kindle App, which of course will see Amazon losing out on hardware sales.

Add all this to the fact that Amazon have become a reactionary company in terms of new technologies - waiting for rivals to try out new technologies and iron out the bugs, before stepping in with their Kindle version - then it looks like the smart money is on the Kindle finally going colour.

2021 then, is certain to be the year of the colour kindle.