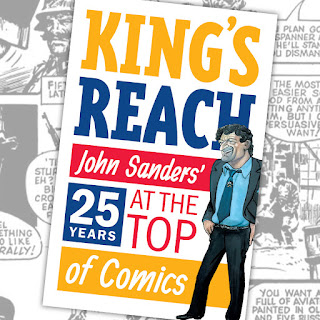 Whilst I found this book deeply interesting and very readable I was hugely disappointed in that the book was not what I expected it to be. Billed as the story of 25 years at the top of comics, I expected this to tell the story of the creative process behind some of the iconic British comics that Fleetway/IPC published during the glory days when newsagents everywhere stocked their titles.

Although titles like Battle, Action and 2000AD are mentioned it is only in passing as the narrative is more concerned with the business side of comic publishing, rather than the creative nuts and bolts. It's kind of ironic that John Sanders uses the phrase Bean-counter to describe the men in suits who were only interested in the bottom line of the comic business and yet his narrative paints him very much as a bean counter himself.

In fairness though if you are looking for an overview of the business side of British comic publishing then this book certainly delivers that, and it is quite fascinating, but it rarely mentions any of the creative geniuses who led British comics during the 50's, 60's, 70's and 80's and when they are mentioned we get a surge of bitchiness towards Dan Dare creator Frank Hampson that would make a street corner gossip blush. 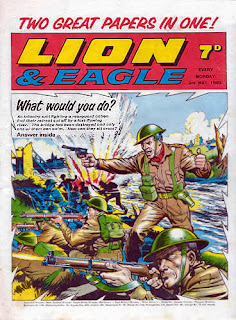 In all I would say that this is a good book but it's not a real examination of the comics that made up the childhood of readers of my age, but rather an examination of the business of comic publishing with Sanders often coming across as the be all and end all of the British comics industry, which of course he certainly was not.

The book comes good in the end with a frank account of the Maxwell days and the demise of one arm of British comics, but I was expecting a very different book.