Taff Noir and the Rise of Welsh Crime Fiction 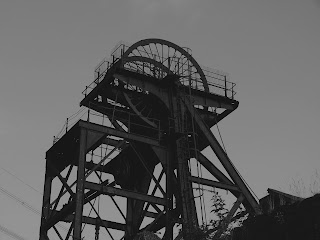 Wales; once a medieval principality is proudly a country in its own right and although it shares a land border with England it is very much its own thing.

It is complicated, though and it wasn't until 2011 that Wales was officially declared a country  when the International Organisation  for Standardisation said so -  though in truth Wales hasn't been a Principality since the 16th Century.

So why did the ISO step in, when there was no real need since the Welsh have long considered Wales to be its own country? It started when the ISO defined Wales as a Principality in a newsletter, which prompted the Welsh politician, Leanne Wood to start a campaign to have its status changed. Yes, Welsh politicians, just like those all over the world chose their fights on the basis of it creating good press rather than what really matters.

Though it gets even more complicated - in the Thirteenth century the Princes of Gwynedd ruled most of North and West Wales. They were called Princes of Wales and had to swear an oath of allegiance to the King of England. In 1216, at the council of Aberdyfi, the Welsh princes declared Llywelyn the Great to be their main leader, and this prompted the King of England to agree that Llywelyn's heirs would be known as the Prince of Wales.

Then the Welsh had a level of independence from England but this ended in 1283 when Edward 1 conquered the principality, and after that Wales was split into two separate Principalities - Gwynedd in the North and Cardigan in the South and these were ruled by the English King. The rest of Wales was then ruled by the Marcher Lords. 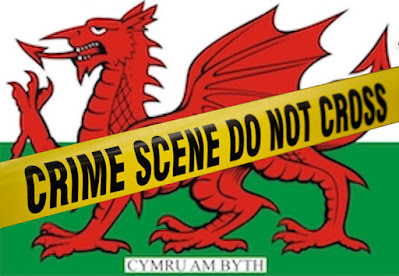 It was the Act of Union in 1536 that actually made Wales a country again - though until September 1997, Wales was governed from Westminster by the UK government. It was a vote for devolution that sparked the creation of the Welsh Assembly, but Wales still has a Prince of Wales (that Charley blokey with the big ears)  and that title is given to the eldest son of the reigning English monarch. It is this last fact that creates the confusion with many still claiming that Wales is a Principality rather than a country. It still causes problems from time to time and in 2017 the English rugby coach, Eddie Jones sparked controversy by calling Wales a Principality.

“They’re countries where rugby is the main sport and the support is absolutely fever pitch. And the results affect the country, in South Africa’s case, and in Wales’ case, the Principality.” Eddie Jones

Now that's all out of the way (sort of) let's get on with the real thrust of this article and that is the Welsh crime fiction movement. For a country of little more than three million people, Wales has a vibrant crime fiction movement. We've had Nordic noir and Tartan noir - so it the next big thing Taff noir? I'd like to lay claim to that phrase, Taff Noir - you heard it here first. So, is Taff Noir to be the next big thing? I do hope so, since I'm very much a part of the movement myself. Quick plug for my valleys set crime thriller, Down Among the Dead - available now. Listen to the Wind,  a second book featuring Chief Inspector Frank Parade will be published next year. 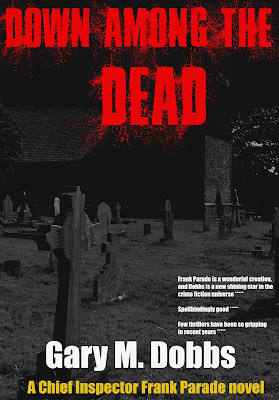 Wales - 870'ish miles of stunning coastline, from the industrial scars of the valleys to the breath-taking beauty of rural Wales the country has a plethora of fictional crime, and always has - Agatha Christie set her 1934 novel in the fictional Welsh town of Marchbolt.

Though these days the real Wales features in a range of crime fiction, taff noir if you like. Take Henry Bingham for instance, who has penned a truly amazing series of crime thrillers  featuring the character of Detective Fiona Griffiths. Or there's the great Belinda Bauer  whose novel Rubbernecker used the A470 (The Welsh answer to Route 66), 180 odd miles of Welsh road to set up the premise of what is a truly stunning thriller. In fact all of Belinda's books are brilliant.

"Honestly, I don’t think there’s ever been a better time to be writing crime fiction in Wales.” Author, Beverly Jones

The first Welsh International Crime Festival ( Gŵyl Crime Cymru Festival ) is to kick off in 2022, and then hopefully we will see Taff Noir (that phrase again) become a thing in the crime fiction world. Though, those who keep their ears to the corpse strewn ground have always known that Taff Noir is a thing - it's just never been as well publicised as say Tartan Noir or Nordic Noir. Let's hope all that is about to change. 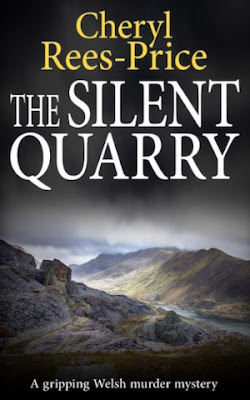 “Ever since Hinterland appeared on TV, people have been getting more interested in looking for Welsh crime, and not just on their TVs,”  Gail Williams, CWA

Wales had produced a lot of great crime writing and continues to do so -  and apologies for the many many writers not mentioned here, but the list of all of the excellent writers working in Taff Noir would  end up reading like one of those telephone directories that used to sit in everyone's hallway.

Suffice to say Wales is an amazingly picturesque country, with landscapes steeped in ancient myth, with valleys that still hold the scars of the industrial might that once held sway, with clear lakes that hide secrets a'murky beneath their pristine surface and inner city mean streets that even Chandler would think twice about sending his tarnished knight a'walking down. 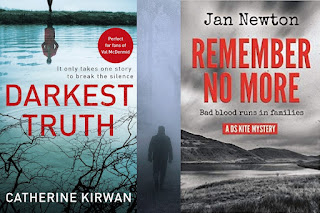 Our intention is to provide visitors to the festival with an opportunity to meet and interact with top talent from around the world. Come and see the big names, discover new writers – and support Welsh talent.