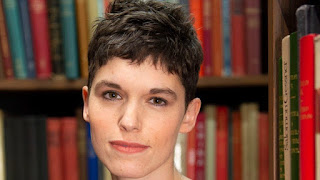 Ian Fleming Publications have made a shock announcement that the next author to tackle the James Bond series will be Kim Sherwood, making her the first female author to pick up the golden pen.

The previous two Bond novels were written by Anthony Horowitz and were well received by both fans and critics, but the copyright holders have decided to go a different route with the popular series.

Author Kim Sherwood is to write a new trilogy of James Bond books, becoming the first female author in the series of spy novels created by Ian Fleming.

The opening instalment, set for release in September 2022, features a world where Bond is missing and will instead focus on a new generation of 00 agents. A Bond novel without Bond it seems.

"I'll be writing from a feminist perspective and feature an ensemble cast of heroes who we can all identify with" Kim Sherwood.

Her work will add to the 40 officially-licenced James Bond books authored by other writers including, Kingsley Amis, John Gardner, Raymond Benson, Sebastian Faulks and Anthony Horowitz. 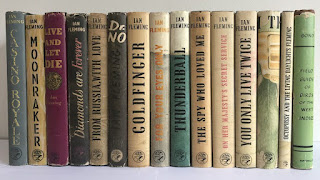 There is little news on the book as of yet but it is believed the book will not feature Bond but instead concentrate on the Double O section. Introducing new characters to the long running series.

The literary rights holders are looking at creating a wider James Bond universe, though it seems doubtful that the regular James Bond novels will continue alongside this new series. A similar thing was done several years back with Charlie Higson's Young Bond books, but these existed in a separate world to the regular Bond novels, whilst all indications are that this new Double O series will be in place of the regular novels. 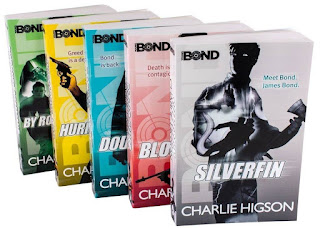 In the current Bond movie, No Time To Die we see the agent building a friendly rapport with his female colleagues, rather than trying to seduce them. In one scene, Bond asks a female character to turn around as he changes, before shaking hands with her in a scene of mutual respect and understanding following a dramatic fight scene. While the Bond of yesteryear would have seen the suave agent delivering some smooth lines and bedroom eyes before tumbling into a passionate embrace, the pair keep it cordial. It's all change in the world of 007 and the literary series is following this modern  woke version of the character.

"We've always followed 007 before, but there are many other spies who you occasionally hear of in the background of Ian Fleming's novels. And that gives me this incredible range to be able to have a whole group of heroes on missions around the world... that's been really exciting for me as a writer". Kim Sherwood

Whilst, the Archive wishes the author well there is no escaping the fact that the literary bosses  seem to be going down the same route as the movie producers, and changing the very essence of what made Bond in the first place. Maybe in the new Woke world there is no room for the secret agent as Ian Fleming originally created the character.

Only time will tell.

The book, provisionally titled, Double O will be available in 2022.