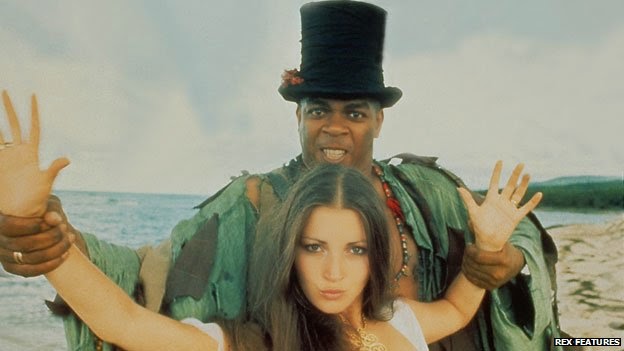 Sad to hear of the passing of Geoffrey Holder best known for his role as Baron Samedi in the Bond movie, Live and Let Die which was Roger Moore's first outing in the role.

According to a family spokesman, Holder died on Sunday in New York from complications caused by pneumonia, He is survived by his wife, Carmen de Lavallade, and their son Leo.
Posted by Gary Dobbs/Jack Martin at 05:48