The Ladies who won the West 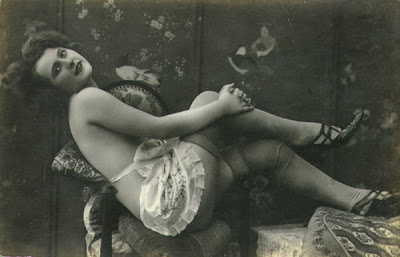 Whores, or soiled doves, were an important part of the Old West. Because of the shortage of women, respectable or otherwise,  on the early frontier prostitution was a lucrative business.

There were many euphemisms for the saloon and dance hall whores -night workers, frail sisters, the horizontally employed - and although whores back East were employed in luxurious brothels, the whores in the cowtowns had  a much more frugal existence and often lived in small back rooms of the saloon or dance hall that employed them. This enabled the saloon and dance hall owners to exploit the girls even further, for not only would they get a slice of their earnings but they also took a little more for room and board.

Girls came from all over the Union and travelled West to become horizontally employed in the shanty towns that were springing up all over. It was a dangerous time and the girls often found themselves fighting the men who visited and even, on times, one another. The idea was for the girls to make as much money as quickly as they could and then move on to safer employment where they could bury their past and try to find a gentleman to marry, or failing that a lonely miner who had struck rich. Prospects for a long and healthy life as a whore were poor. 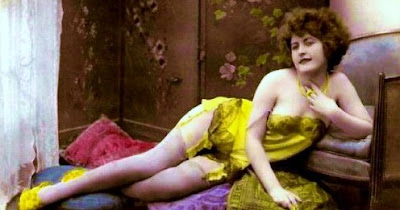 Some of the whores in the Old West became local celebrities with their exploits . It is a fact that prostitutes were often the first female settlers in newly created towns. They helped to develop the areas in which they worked their trade and would risk disease, injury and in many cases death for their effort.

Prices for the services of these women varied from town to town but an average cost was 25c for a Mexican woman to $1 for an American lady. Higher prices were charged if a woman was of unusual youth and often a woman with red hair would fetch the highest price of all. It was a popular belief around the mining camps that women with auburn hair were the most amorous women in the world.

Why though would women become involved in this profession?

The answer to that question was no different in the Old West than it is today. Many of them had been abandoned by their families or left alone when a husband died or ran off, others were mentally illiterate and others still were immigrants with no other way to make a living. And although their profession was frowned upon they were often a vital part of early cowtown life.

Below I have posted a 1915 poem by Dana Burnet: