James Bond: The Man with the Undescended Testicles 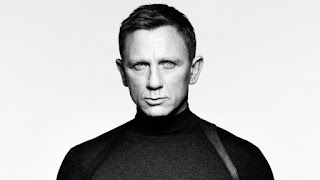 'I have by now, got rather fond of James Bond. I like most things about him, with the exception of his deplorable taste in firearms. I dislike a man who comes into contact with all sorts of formidable people using a .25 Beretta. This is really a lady's gun, and not a rather nice lady at that.' Geoffrey Boothroyd, a Scottish firearms expert wrote to Ian Fleming to which the author replied, 'As a matter of fact, a change of Bond's weapon is very appropriate. In his next adventure, which deals with an intricate plot by SMERSH to kill Bond, he finally get's into bad trouble when hhis Berretta sticks in his waistband.'


These letters, among many others are featured in the new book The Man With The Golden Typewriter which is published OCT 8TH 2015. These letters make for entertaining reading and the correspondence between Boothroyd and Fleming is particularly interesting. The pair became such good friends that Fleming named a character Major Boothroyd.

Boothroyd even once lent Fleming a gun for a cover illustration. 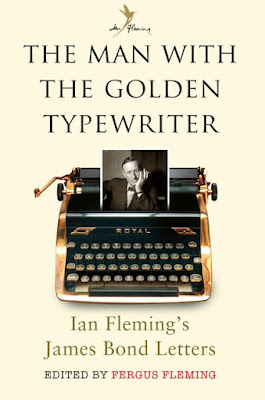 'I have just had a visit from the local CID who wanted to know where my .38 pistol was. This interest is due to a very misguded character who slew two women and a girl on the outkirts of Glasgow on Sunday night. I told the officers that the gun was in your possession. It is possible they may ask if you have  a firearms' certificate. Anyone now having such a certificate is liable to three months in clink.' An obviously worried Boothroyd wrote to Fleming. The author promptly replied: 'I have a valid certificate, No 109950 and an alibi for Sunday night.'

Another reader, William Plomer, wrote to Fleming after the publication of Goldfinger - ' I have just finished Goldfinger. I think it is well up there with your best. But I don't much like the circular saw business. Anatomically I am a little worried. Whizz goes a fly button. But didn't other objects get in the way first? Or does Bond have undescended testicles?'


The book is out now and well worth a browse - some of the letters are absolutely hilarious.

Posted by Gary Dobbs/Jack Martin at 02:40

..apart from this worthy addition to the oeuvre i wonder how much deeper they can scrape the Bond barrel?

Maybe a movie is forthcoming re the letters?