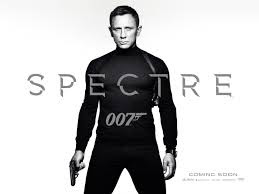 The new Bond movie, Spectre is a great success even if on times it does feel like James Bond's Greatest Hits with scenes paying homage,( or ripping off depending on your mood), to earlier Bond classics. We have an helicopter sequence similar to the opening of For Your Eyes Only, a brutal fight on a train that in fairness betters the similar scene in From Russia with Love, the evil lair from so many Bonds has also been rebuilt  and at one point it even goes all Star Wars with Blofeld revealing - I am your father, Luke....er, I mean - I am your brother, James.

Daniel Craig has now delivered two great Bond films in a row and even if he still doesn't look like many fan's idea of classic Bond, you can't really fault him here - He's quite excellent in fact. If this does prove to be Craig's last Bond then it will be a fitting departure since plot elements in this one tie up all the loose ends from his previous three movies.

It will be a shame if the actors bows out because at last Craig is  Bond - he even orders his vodka martinis, shaken and not stirred rather than not giving a damn as in Casino Royale. 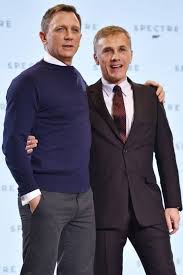 The Blofeld thing though is stupid - the movie manages to avoid going all Dr Evil with the bad guy's lair but then ruins it by making old Blofeld a jealous sibling. He's, (we are expected to swallow this mind) Bond's step-brother, and then the films suggests that his life of world domineering evil and cat stroking, is due to the fact that his dad adopted Bond after Bond's parent were killed, and that he felt pushed out - he refers to Bond as a Cuckoo in the nest . This is far more camper than anything Austin Powers managed.

That aside the film flies past and doesn't feel anything like it's two and a half hours - it is paced perfectly and Craig is excellent. In Skyfall and now this, Daniel Craig has given us two Bond's that can stand proudly alongside the classics.

Posted by Gary Dobbs/Jack Martin at 03:34

sorry its of topic.i am not happy with pierce brosnan casting in expendables 4.sam neill worked with slyvester stallone and arnold schwarzengger in escape plan.i would have thought he looked more the type to cast.plus the fact the james bond everyone talking about is daniel craig a actor who could be accepted as a future leader of the expendables team.if you was looking for a british actor to cast,was it clive wood? who starred in the vhs video dog tags.how about a blog on the new carry on film.