Sherlock....so was that how he did it? 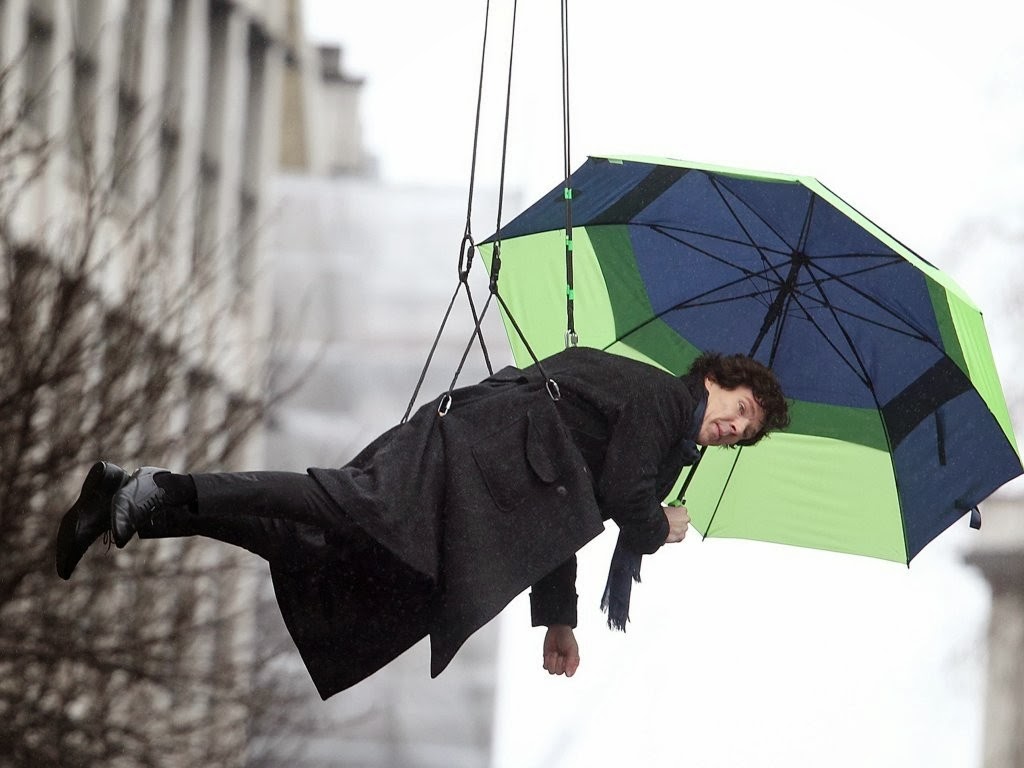 It's likely the best show on British screens at the moment and last night Sherlock returned, after close on two years, to explain how Holmes escaped certain death when he fell from that building last season. Right off we were given an explanation as to how he did it before having the rug pulled from under us as we discovered the explanation was just another from a group of conspiracy theorists. We got several more explanations, each more outlandish than the last as writers Moffat and Gatiss seemed to plunder the internet forums and fan fiction sites for possible ways in which Holmes could have faked his death -we even had a snog between Holmes and Moriarty.

As Watson said - 'It doesn't matter how he did it.' 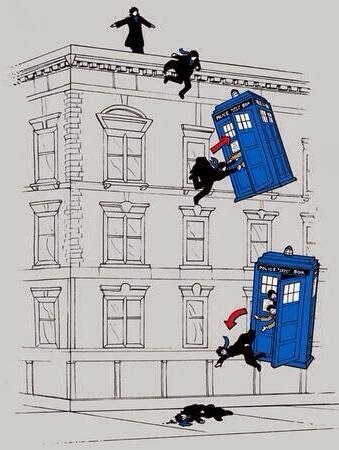 Twitter cared though and the Twitterverse exploded with comments, the largest number being positive but there were those who felt cheated. One inventive Tweeter even posted a picture in which it was revealed that Doctor Who actually saved Holmes.

Nobody can fake being such an annoying dick all the time... TWITTER

The  fact that they haven't actually revealed how Holmes faked his death was clever....annoying - TWITTER

And it must be said that many of the fan theories on the various forums are far more inventive than anything the show-runners could come up with. The nine best theories on how Holmes did it. HERE


Mind you Sherlock was tons better than the much hyped Doctor Who Christmas special.

At one point in what was an exhilarating return we saw the Houses of Parliament blown up and I was hoping Cameron and lap-dog Clegg were in at the time, but of course this was just more sleight of hand as the episode became V for Vendetta without masks. The writers, perhaps wisely, concentrated more on character than plot and the episode was pure entertainment.

A damn good show, I thought.