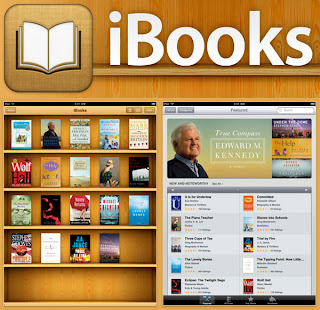 This week at the company’s annual Worldwide Developers Conference, Apple unveiled a new set of cloud computing tools and revealed that users have downloaded 130 million books from the iBookstore.
The company did not separate that figure into paid and free eBooks. In addition, the overall Apple App Store has counted 14 billion downloads and paid more than $2.5 billion to developers for these purchases–a bustling market for publishers to explore.

Apple CEO Steve Jobs also unveiled iCloud, a new storage platform for Apple customers. All users with the new iOS 5 update on their devices will get  5GB of free cloud storage to backup writings, photos and music. This GalleyCat editor uses cloud-based programs like Dropbox and Evernote every day–do you think these companies can survive Apple’s new cloud push?

However it is worth noting that the Kindle beats Apple on sales by 60-1
Posted by Gary Dobbs/Jack Martin at 05:03