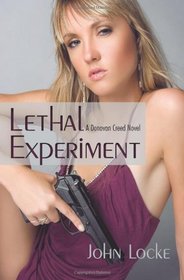 Archive friend, John Locke has just become the first SELF PUBLISHED author to sell a million titles on the Amazon Kindle platform. This week several of the British dailies have featured the author which is considerably widening his profile - indeed he is in danger of becoming an household name.

Locke's books typically retail for $0.99 cents when more established author, ie traditionally published writer's books cost ten times more - "I put them in the position of having to prove their books were 10 times better than mine," says Locke.

The Archive is delighted with the author's success particularly as he's recently started working in the western genre. Remember, the western - it's that genre that conventional publishing, with very few exceptions, has long considered dead.

Congratulations John Locke from all at The Tainted Archive.

Those wanting to emulate Mr Locke would do well to follow his advice here - "Write the types of books you like to read. Build your books around memorable scenes. Write your dialogue the way people actually talk, instead of the way they’re supposed to talk. I always give authors the same advice: don't take yourself too seriously. Write the types of books you like to read. I offer my readers a fun, breezy read. If I can give them some chuckles and hold their interest for a few hours, I feel I've earned my 99 cents. I know I'm on the right track if I laugh out loud when I'm writing a scene. And if I don't laugh out loud several times while writing a book, I don't publish it."
Posted by Gary Dobbs/Jack Martin at 00:49

Thanks for the advice, Mr. Locke. I'll have look him up.