We've got out very own Scream Queen in Jane Smith, so please enjoy this guest post from Jane Smith,a freelance writer and blogger with free online checks

Masters of atmosphere: Revisit horror classics
Horror buffs will doubtlessly name authors like Stephen King and Dean Koontz when asked to list classic authors of the genre. But what would they say if asked to name the influences on these “classic” writers? There were a host of horror authors writing harrowing tales—stories that still incite fear in the contemporary reader—decades before Stephen King was even born. I encourage all horror fans to take a look at some of these vintage authors in order to gain a deeper appreciation for the themes that shape current horror fiction. 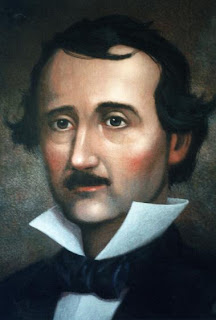 Edgar Allan Poe
A champion of gothic fiction in early to mid nineteenth century America, Edgar Allan Poe has been immortalized for his foundational contributions to the horror genre. Everyone has hear of Poe’s classic poem “The Raven,” a work playing on self-induced madness, but the real meat of his work is in his short fiction. Stories like “The Pit and the Pendulum,” “The Tell-Tale Heart,” and “The Oval Portrait” revolutionized the way future writers captured gloom and doom in fiction.  Idle curiosity over mortality and the specters of life that lurk in the darkness occupy much of Poe’s work. Most horror authors to this day cite Poe’s macabre writing as a major influence on their own work.

Robert Bloch
Robert Bloch was an American science fiction and horror author whose work spanned the greater part of the twentieth century. His work is often classified as cerebral horror, with fictional works describing characters’ disassociation with reality and descent into madness. He had a fascination with real life stories of people losing their minds and committing inexplicable, eerie crimes. His 1959 novel “Psycho,” about the mentally disturbed Norman Bates who terrorized occupants of his family motel was, adapted into the classic horror film directed by Alfred Hitchcock. 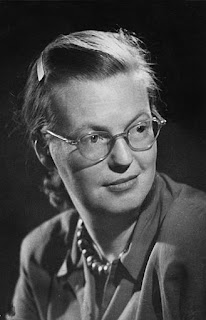 Shirley Jackson’s writing had a profound impact on controversial horror fiction. She wrote the type of stories that frightened readers not just because of their content, but because of how that content reflected contemporary culture. Her infamous short story “The Lottery,” for example, scandalized readers by its violent satire of modern day culture (if you haven’t read the story I won’t ruin the ending for you. Go read it now!). Her novel “The Haunting of Hill House” set the bar for modern day haunted house fictions and films alike, writing the titular house with the characterization as if it were a character unto itself. Her work can easily be ranked among the best in American horror.

H.P. Lovecraft
Horror enthusiasts will often debate between Edgar Allan Poe and H.P. Lovecraft as the undisputed classic masters of the horror genre. Writing in the early twentieth century, H.P. Lovecraft wrote horror and alternate reality fiction that depicted other planes of existence from a detached and clinical prospective. He’s perhaps best known for writing an alternate Cthulhu universe inhabited by people completely unaware of calamities and horrors just beyond their perspective. His worlds are inhabited by a mythology of demonic demigods, such as the Cthulhu (a bat-like human with the head of an octopus) or the Ithaqua (a zombie-like human with glowing red eyes and webbed feet). To be sure, his stories are unlike any other. Check out his novella “At the Mountains of Madness” for a thrilling introduction to this god among horror authors.


Byline:
Jane Smith is a freelance writer and blogger. She writes about free background checks for Backgroundcheck.org. Questions and comments can be sent to: janesmth161 @ gmail.com

Posted by Gary Dobbs/Jack Martin at 03:26

Most of us would be hard put to restrict a list of writers of vintage horror to just four names! And I suspect few would limit their list of those who shaped modern horror to Americans only. I'd encourage readers looking for the deeper roots of horror fiction to go to sites like the "Vault of Evil" boards, which delve right back to Victorian and Edwardian days.

Still choose to limit the genre's classics to the works of US writers? Well, the stats show that Bloch and Lovecraft, despite their influence in later decades via paperback anthologies, were far from the top writers for the original Weird Tales magazine (1923-1954). Check out the details here: http://tellersofweirdtales.blogspot.com/2011/11/who-wrote-most-stories-for-weird-tales.html