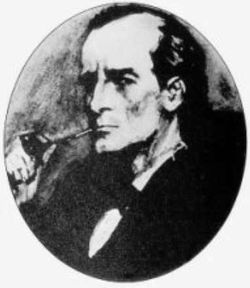 I've been catching up on the first season of Granada's Adventures of Sherlock Holmes with Jeremy Brett in the title role. Brett is likely the finest screen Sherlock Holmes we've ever seen, at times he is so close to the character created on the written page that he even resembles a Sidney Paget drawing.

"Some actors fear if they play Sherlock Holmes for a very long run the character will steal their soul, leave no corner for the original inhabitant" Jeremy Brett

Brett was at pains to make his Holmes definitive and he succeeded in this but at great personal cost.

Holmes' obsessive and depressive personality fascinated and frightened Brett. In many ways Holmes' personality resembled the actor's own, with outbursts of passionate energy followed by periods of lethargy. It became difficult for him to let go of Holmes after work. He had always been told that the only way for an actor to stay sane was for him to leave his part behind at the end of the day, but Brett started dreaming about Holmes, and the dreams turned into nightmares. When other actors left the set for lunch Brett would remain behind, reading and re-reading the script, looking for every nuance which resulted in a performance that was truly remarkable. However Brett's increasingly unstable mental state was starting to take a toll on the actor. Brett began to refer to Sherlock Holmes as "You Know Who" or simply "HIM": "Watson describes You Know Who as a mind without a heart, which is hard to play. Hard to become.  Brett invented an imaginary life of Holmes to fill the hollowness of Holmes' "missing heart", his empty emotional life. He imagined: "... 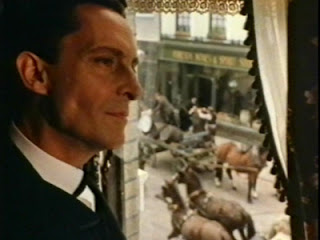 "So what I have done is invent an inner life.I have imagined what You Know Who's nanny looked like. She was covered in starch. I don't think he saw his mother until he was about eight years old..."  Jeremy Brett

Brett would play Holmes between 1984 and 1994 and is one of the few actors who have played both Holmes and Watson - he appeared as Watson alongside Charlton Heston in the stage play, The Crucifer of Blood which was later turned into a movie but without Brett in the Watson role. In total Brett starred in 36 one hour episodes and five feature length specials, making his run as Holmes  the most faithful screen adaptations of many of the Holmes stories. 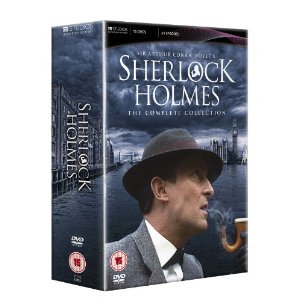 The entire run is available in a handsome 16 disc box set which I was able to get from Tescos for an unbelievable £20, but Amazon also have it listed at £22, which is incredible value when you consider the total running time is 2356 minutes. 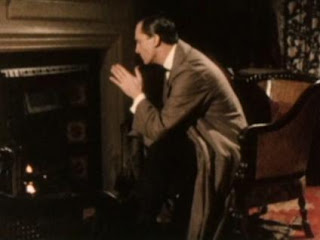 The Adventures of Sherlock Holmes :
A Scandal In Bohemia
The Dancing Men
The Naval Treaty
The Solitary Cyclist
A Crooked Man
The Speckled Band
The Blue Carbunkle
The Copper Beeches
The Greek Interpreter
The Norwood Builder
The Resident Patient
The Red Headed League
The Final Problem

The Return Of Sherlock Holmes:
The Empty House
The Priory School
The Second Strain
The Musgrove Ritual
The Abbey Grange
The Man with the Twisted Lip
The Six Napoleons
The Sign of Four
The Devil’s Foot
Silver Blaze
Wisteria Lodge
The Bruce Partington Plans
The Hound Of The Baskervilles

The Casebook Of Sherlock Holmes:
The Disappearance Of Lady Frances Carfax
The Problem of Thor Bridge
The Adventure of Shoscombe Old Place
The Boscombe Valley Mystery
The Illustrious Client
The Creeping Man
The Master Blackmailer
The Last Vampyre
The Eligible Bachelor

The Memoirs Of Sherlock Holmes:
The Three Gables
The Dying Detective
The Golden Pince-Nez
The Red Circle
The Mazarin Stone
The Cardboard Box

The production values on each episode are faultless and Victorian London is superbly brought to life and as someone who regularly visits modern day, Baker Street, I am amazed at the attention to detail brought to the show. But the thing that holds it all together is Brett's Holmes and no matter how good the BBC's current modern day version of the character is it is Brett who is the real deal.

Posted by Gary Dobbs/Jack Martin at 03:44

My favorite Holmes. I thought (and still do) he was the very best.

I am in entire agreement with all of your sentiments. Brett was superb and makes it very difficult to embrace anyone else in the role. (The modern set show, which I think it great, is a different beast and not in competition with Brett's portrayal.)

I think it may do well to also add to this discussion. I am writing only from memory so please excuse me if I garble any of the facts here.

Brett's wife was ailing and died of cancer during the course of his playing Holmes. Grief and depression eventually lead to Brett having a breakdown and being diagnosed as a manic depressive.

To combat his depression he was prescribed lithium. This eventually "poisoned" him to a degree, and left him with little energy to work. As you may recall, in several of the final episodes Brett is only shown as Holmes convalescing in Baker Street while Hardwicke and Charles Grey as Mycroft are off solving the case. The fluid retention, a side effect of the lithium, gave Brett a bloated look. I believe his death was attributed to congestive heart failure.

The old turn of phrase that artists suffer for their work is very applicable in this case. Jeremy Brett found the strength to immerse himself in this quintessential role and continue to portray Holmes despite his physical and mental tribulations, which, to me, makes it so much more personal and successful.

Our local PBS affiliate aired last night "The Problem of Thor Bridge." In rewatching this, I'd also like to give a shout out to Patrick Gowers music which helped set the mood and added to making this series of episodes so enjoyable.

What are your thoughts on the Russian adaptation with Vasily Livanov as Sherlock Holmes...

I am interested to know your thoughts on the same..

I have just seen one episode of the Russian series - The Deadly Fight - and thought it was very well done. I will catch on on all of these shows. It seems a truly excellent version.

The Russian adaptation is very classy and faithful to the canon. Livanov and Solomin are my favorite Holmes and Watson !

Here is the link to see the videos (with subtitles) online: http://video.kylekeeton.com/2007/03/sherlock-holmes-and-dr-watson-on.html