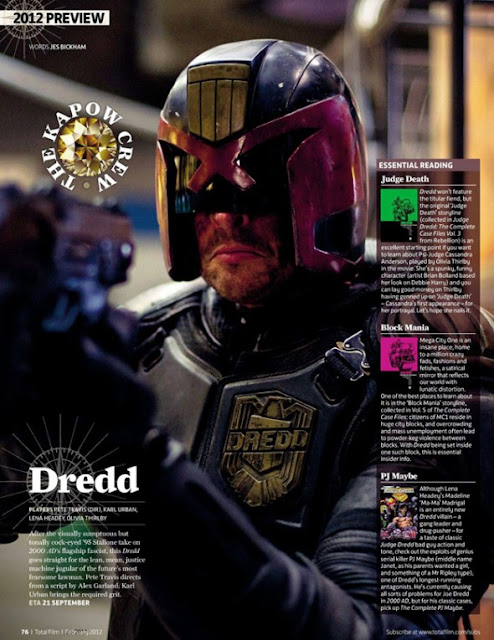 Comingsoon.net have released a cool pic of Keith Urban in the forthcoming Dredd - The uniform certainly looks cooler than the camp version wore by Sylvester Stallone in the previous movie excursion for the character.

The Lionsgate release takes us to the wild streets of Mega City One, the lone oasis of quasi-civilization on Cursed Earth. Judge Dredd is the most feared of elite Street Judges, with the power to enforce the law, sentence offenders and execute them on the spot - if necessary. The film is based on the popular chracter from 2000AD created by John Wagner and Carlos Ezquerre.