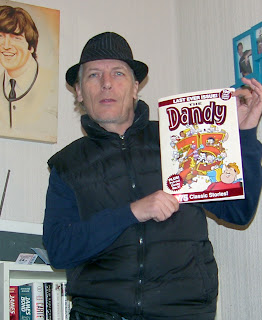 It's ironic but the last issue of the Dandy which came out yesterday likely saw the best sales in years - I'd originally ordered a copy by post to ensure I'd get one, but so far Postman Prat's failed to deliver and this morning  I went all over to get a copy without any luck, even W H Smiths didn't have one and a telephone call to the main branch in Cardiff also came up negative.

Shops have been limited to the number of copies they could have and already the comic's all but vanished.

In desperation I finally visited the small newsagents in my hometown of Gilfach Goch, not expecting to find a copy but wonders of wonders they had two copies left - I snapped them both up. It's kind of fitting that I bought the last Dandy in this shop as I would have most certainly first experienced the comic there. It was where I bought all my comics as a kid and I even had my first job as a newspaper boy there. The shop was only two hundred yards away from my grandfather's where I spent a lot of my childhood.

Anyway back to the point - The last ever Dandy is now out and never again will we see the title in newsagents - after 75 years and 3610 issues the comic is no more. The title survived World War II and prospered during the upheaval of the decades that followed, entertaining generation after generation of schoolchildren and now, alas it is no more. 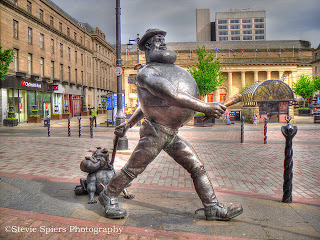 The Dandy is an iconic title, a true slice of Brit pop culture -In Dundee, home of the publisher D C Thomson, there is a statue of popular character, Desperate Dan - Desperate Dan is a wild west character. He made his appearance in the first issue which was dated 4 December 1937. He is apparently the world's strongest man, able to lift a cow with one hand. The pillow of his (reinforced) bed is filled with building rubble and his beard is so tough he shaves with a blowtorch.

It's a terrible shame that the comic is no more (well apart from the online edition but this is an interactive title and not a true comic). It's demise was even reported on the national news.  - ahh well, the world turns and times change.

I would have stopped buying the comic more than thirty years ago and yet I still feel a loss by it going. It's as if a part of my childhood's vanished forever. 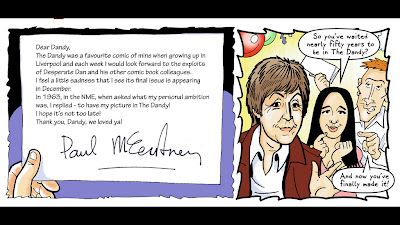 The special 100 page last issue, which includes a reprint of the first ever issue from 1937 starts with a strip set in the Dandy offices in which none other than Paul McCartney turns up for the special Dandy birthday bash. Then the comic starts proper - the full contents are: 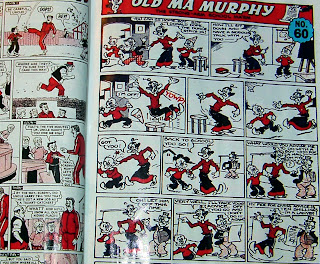 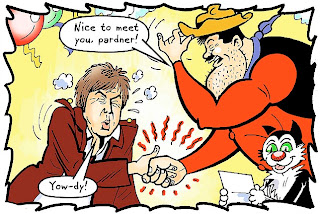 The comic then ends with a continuation of the Paul McCartney story in which Macca gets his hand crushed by Desperate Dan before leading the Dandy characters in a rousing version of Hey Jude.


And that's it then - the end of an institution, the loss of an old friend and a sad reminder that the kids of today don't really read comic books as we used to. 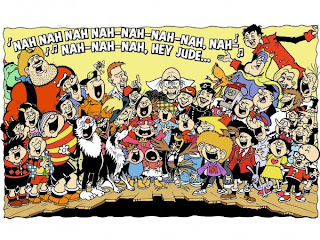 UPDATE: This issue is selling out FAST in many areas! Investors are grabbing copies to sell on eBay at high prices already! (If those people had been buying the comic every week it wouldn't be ending today!)  From Blimey it's Another Blog About Comics


Below is a full episode of the documentary Comics Britannia which looks at the history of the Dandy and other titles.

Posted by Gary Dobbs/Jack Martin at 03:21

Email ThisBlogThis!Share to TwitterShare to FacebookShare to Pinterest
Labels: the dandy comic