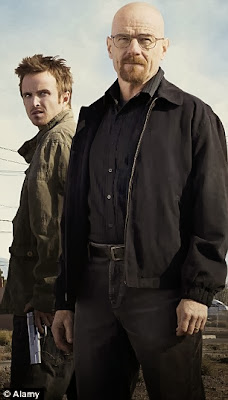 I arrived late to the party that was AMC's the Breaking Bad - I'd never seen an episode until a few weeks ago but I'd heard it mentioned plenty of times. Every now and then the show would come up in conversation and  and all I'd heard were raves, raves and a little more raving. I picked up the season one box set and was instantly addicted and over the last three weeks I've watched all five seasons, 60 odd episodes, and have come to the conclusion that this is as good as it gets. There may never be another TV show as good as this - now, if you've not seen the show then BEST not read on because I don't want to spoil the party for anyone else.

Final warning - this way there be spoilers.

The plot - a homely, timid chemistry teacher discovers he has inoperable cancer and becomes a big time drugs kingpin in order to provide for his family. The journey from the first episode to the incredibly satisfying climax is nothing short of genius. Take note Sopranos and Lost this is the way to tie up a show and leave fans reeling but ultimately satisfied. In a way this dark, realistic ending was a happy one - well in the sense that Walt died on his own terms and Jessie managed to break the hold he had over him and escape screaming into the night, it was happy. Though the final episode may have had a higher body-count than thirty minutes of a Rambo movie it didn't get ridiculous and stuck to the tone carried through the rest of the series.

There were so many stand out secondary characters - Gustav Fring, Mike the ex-cop turned crook and  Saul Goodman to name but three of many - in fact the Saul Goodman character is to have his own spin-off series, and whilst its bound to disappoint after Breaking Bad I'm not going to arrive late for that party.

I got more closure from the series finale of breaking bad than I did with my last relationship.

I have to go into rehab to break my addiction to Breaking Bad- Get it? 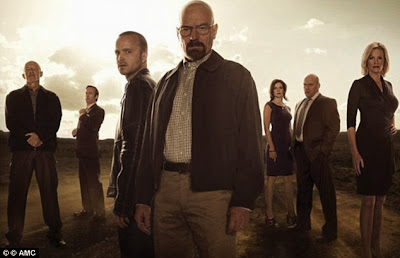 Spoiler alert! The series finale of #BreakingBad was effin' awesome. This show has never been anything less that fantastic. Congrats to all!

That's the most satisfying series finale I've ever seen. Goddamn. 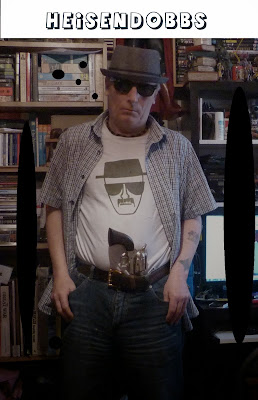 The double act of Walter and Jessie was the heart of the show and their relationship remained consistent throughout the series, with a great punch the air ending in which Jessie finally broke free of Walt's grasp. And Walt AKA Heisenberg managed to cheat his cancer get some sort of redemption. Of course he had to die - anything else would have been a cheat - but the show managed to give us a death that was dignified and well deserved. It had to be lead and not cancer that brought him down.

Having watched every episode in so short a duration it feels as if I've lived with the characters forever and now I'm going to miss them. I don't think there was a weak episode. Though the odd trying to catch that fly episode did seem poor it shines when taken as a part of the whole. It allowed for some slower storytelling to fully explain the true love/hate relationship between Jessie and Walter.

Yo bitch, that was good.
Posted by Gary Dobbs/Jack Martin at 19:10