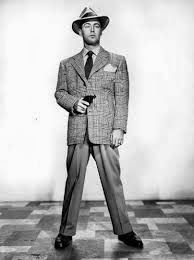 He had once been considered one of the most handsome men in Hollywood but in 1957 the make up artists on Boy on a Dolphin had to use special techniques to hide the puffy face Ladd had developed.

The star had found himself peaking with the movie, Shane (1953) and since then he had taken part in a string of poor movies. By 1962 Ladd's life was in freefall and he almost died when he shot himself after a heavy drinking binge.

Later in 1964 Ladd did indeed die, officially of a heart attack but once again there was speculation that it had been a suicide. Alcohol and barbiturates were found in his blood and his depressions were common knowledge around Hollywood.

Whatever really happened the one thing I do know is that with Shane and several other movies Ladd made a sizeable contribution to cinema history.

Posted by Gary Dobbs/Jack Martin at 12:05

Shane... fave Western movie. Everything is perfect. Story, score, location, acting. Perfect.
Shout-out to Wally Farmer who took me on a tour of the locations in Wyoming.
BBC did a fab radio adaptation earlier this year. The archetypal Western. Did I say it was perfect...?