SAN JOSE, Calif. — An unseemly sentence that compares a kiss to the union of a thirsty gerbil and a giant water bottle has won the top prize in an annual bad writing contest. 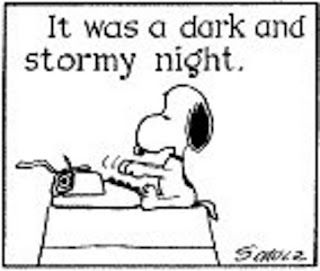 tate University said Tuesday that Molly Ringle of Seattle was the grand prize winner of the 2010 Bulwer-Lytton Fiction Contest, which the university has sponsored since 1982.

In her winning entry, Ringle wrote: "For the first month of Ricardo and Felicity's affair, they greeted one another at every stolen rendezvous with a kiss — a lengthy, ravenous kiss, Ricardo lapping and sucking at Felicity's mouth as if she were a giant cage-mounted water bottle and he were the world's thirstiest gerbil."

The literary competition honors the memory of 19th English century writer Edward George Earl Bulwer-Lytton, who famously opened his 1830 novel "Paul Clifford," with the much-quoted, "It was a dark and stormy night."

Steve Lynch of San Marcos, Calif., won the detective category: "She walked into my office wearing a body that would make a man write bad checks, but in this paperless age you would first have to obtain her ABA Routing Transit Number and Account Number and then disable your own Overdraft Protection in order to do so."

Linda Boatright of Omaha won the Western category: "He walked into the bar and bristled when all eyes fell upon him — perhaps because his build was so short and so wide, or maybe it was the odor that lingered about him from so many days and nights spent in the wilds, but it may just have been because no one had ever seen a porcupine in a bar before."

Some good chuckles there.

Glad you liked the western winner!

Loved the second one.