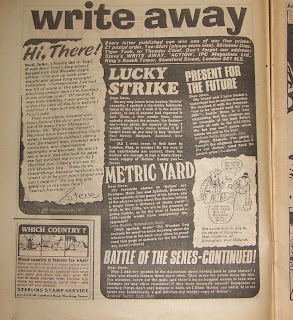 ters page -these were filled with notes, written in a grubby schoolboy hand, on practically every subject under the sun.For instance Paul Hickey, of New Zealand claims that reading Action comic can increase your wealth since on the way back from buying the comic he found a ten dollar banknote . The honest Paul then handed the money into the police station and was given it to keep when no-one claimed it.


click on any of the scans for a larger, readable version.

Most Boy's comics, girls too, I assume had a letters page - I had a couple of letters printed myself when I was a kid - I was in Look In, Battle, 2000ad, Warlord, Bullet and I think I once had one in the relaunched Eagle. I wish I still had issues of these but I do live in hope - I may find them on Ebay once day.


The letters page in D C Thomson's Warlord took the form of a mission briefing from character Lord Peter Flint. And there w 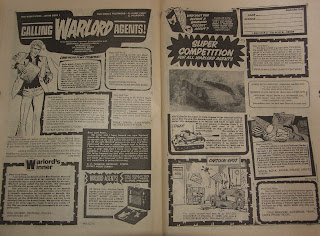 ere codes printed that could only be read with the codebreaker card you got when you joined The Warlord Fan Club - this cost 20p and then you were an official Warlord Secret Agent. Good marketing, Guys!

The letters here all detail the actions of the various Warlord gangs up and down the country. They tell tales of building secret headquarters in woodland around our homes. There must have been thousands of top secret headquarters hastily constructed from old wood, zinc sheets and council house doors up and down the country. These dens would be furnished with some old carpet scrounged from the local tip. The better HQ's had unwittingly donated rugs from the old lady down the street who had put the rug out to air it. I seem to remember our den had two deck chairs purloined from the allotments. 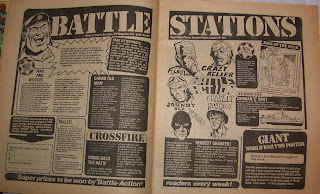 page was edited by Captain Hurricane who was a comic book character himself. There was no club with Battle but there was a community of loyal readers who would write in about relatives wartime experiences or simply to praise the stories.

"Cor I fink your comic is super! I can't wait for it to fall through my letter box each week. My favourite stories are Rat Pack because Weasel looks just like my Dad...Gary Dobbs, age 9, Wales. 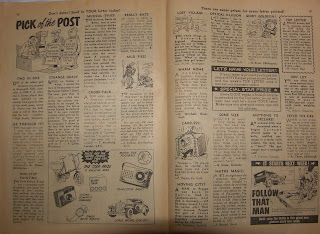 e enjoyed the letters page as is evident from this scan. Titled, Pick of the Post, subjects covered ranged from sport to amazing but true facts. The writer of the star letter got a Raleigh bike which was quite a gift in those days.

I always kept the letters page till last. I'd read the strips cover to cover and then I'd sit back and tackle the mail page. I'd take great time in considering the points raised and then, feeling rather literary I would pick up up my Bic and scribble out a letter. I'd hold my breath all week then to wait and see if I'd made the next issue. Amazing how you could hold your breath all week as a kid - Invariably I hadn't but there was still hope. Figuring the comic must have been produced weeks in advance I wouldn't give up hope until a dozen weeks had gone by.

The 2000AD letters page was as surreal as the comic itself. Colchester readers were especially eccentric and Paul Newland told of his own 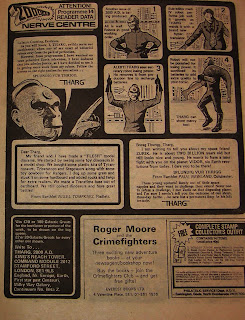 personal two billion year old space friend. And if you think this is unusual then remember the comic was, and still is, edited by the alien, Tharg.
Posted by Gary Dobbs/Jack Martin at 02:28