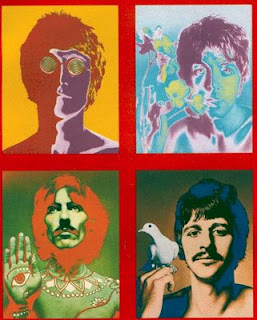 Apple have sold over 2 Million Beatle downloads since the music became available on iTunes earlier this week -Those that  mocked Apple’s overblown Beatles build up a little have to eat their words. The numbers don’t lie. In the first week since the Beatles anthology has been available for download on iTunes, Apple has sold over two million songs and more than 450,000 albums by the band.
“Abbey Road” took first place for US iTunes digital album sales, “Here Comes the Sun” was the most popular individual song, and The Beatles Box Set ($149) is currently sitting at number 10 on iTunes this week.
The UK’s iTunes store is lagging a bit in comparison. “Hey Jude” is the single song to have broken the UK iTunes’ top 40 list, and only two of the band’s compilation albums have made the chart.
Nonetheless, it seems as if the hype wasn’t without purpose, as Apple can now use any and all Fab Four tunes at its discretion and iTunes’ millions of customers are clearly taking advantage of the long-awaited addition.
Posted by Gary Dobbs/Jack Martin at 01:10

Email ThisBlogThis!Share to TwitterShare to FacebookShare to Pinterest
Labels: the beatles