Christian Bale first tackled the role of Bruce Wayne/Batman in Batman Begins in 2005.  The actor reprised the role in the film's sequel The Dark Knight, although Bale's performance was overshadowed by that of the late Heath Ledger, who earned an Academy Award nomination and win for his performance as The Joker. 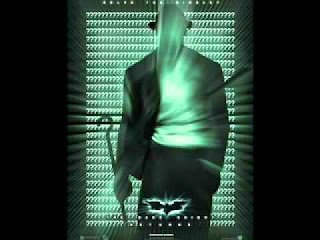 Since the Christopher Nolan era of the franchise began there have been questions as to whether Bale would continue to play the role of The Caped Crusade.  It seems that the only actor that has consistently been a part of the films, other than Bale, is the great Michael Caine, who plays the butler and wise sidekick Alfred.


Many actors have come and gone from the most recent Batman films including, Morgan Freeman, Katie Holmes, Aaron Eckhart, Gary Oldman, and Maggie Gyllenhaal.  But now it seems that the forthcoming The Dark Knight Rises film (due out next summer) will be Christian Bale's final performance as Batman.

Christian Bale made the announcement over the weekend while promoting his upcoming movie The Fighter, which opens December 17, and co-stars Mark Wahlberg and Amy Adams.  The actor said "I believe unless Chris Nolan says different, this will be the last time I'm playing Batman."
at November 25, 2010

Email ThisBlogThis!Share to TwitterShare to FacebookShare to Pinterest
Labels: the dark knight rises

That's a sad news. I am a huge fan of Christian Bale. Honestly, he did great in the previous batman movies, and hopefully in the new batman movie