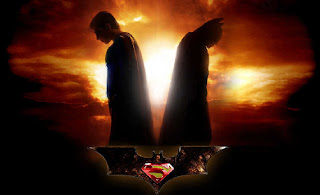 The climax of THE DARK KNIGHT RISES has provoked a great deal of controversy and debate - since Batman had to have died at the end of the movie fans are asking if  Christopher  Nolan cheated them.

Batman must have died -  After all, even if Bruce Wayne had leapt from The Bat the atomic blast would have killed him.

And yet we saw two odd seemingly tacked on endings after the explosion - one saying that the auto pilot was working and secondly we saw Bruce Wayne sitting in a cafe enjoying a drink with Catwoman. Now the auto pilot plot line is shit since we saw Batman in the cockpit only seconds before the explosion so that can be discounted - the autopilot couldn't have saved Batman. And the cafe scene in which Alfred spots Bruce could have been a dream since Alfred makes reference to such a recurring dream early in the movie. 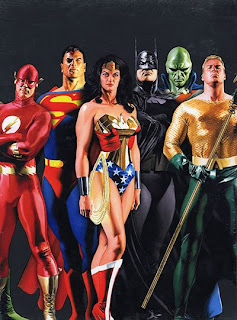 Whatever happened it seems strange that a filmmaker like Nolan, whose scripts are thoughtful and wound tightly, would leave such a huge issue of plausibility lingering over his epic Batman trilogy. Well now there is a theory doing the rounds that at first seems ridiculous but is gaining enough credibility to make the national press. It is no secret that Christopher Nolan had a lot of input in the forthcoming Man of Steel movie and is in fact producing the movie - fans are speculating that during the new Supes movie it will be revealed that Superman actually saved Batman at the end of The Dark Knight Rises, and that this will lead onto a Justice League movie.

Superman saved Batman? - The more I consider it the more likely it becomes.

Posted by Gary Dobbs/Jack Martin at 03:13

Actually, we didn't see Batman piloting THE BatWing. We saw him piloting A BatWing. Then later, we hear Fox talling the Wayne Corp crew that the BatWing can be remote controlled only from the other BatWing. Maybe that is what we saw???

That would be a total cheat and ruin the whole trilogy.