Is Daniel Craig out as James Bond 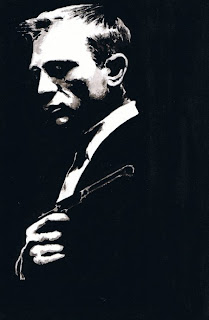 Despite having signed for two more Bond movies, The Guardian newspaper are today reporting on an interview Craig did with Rolling Stone magazine in which the star claimed he is tired of Bond - "I've been trying to get out of this from the very moment I got into it.But they won't let me go, and I've agreed to do a couple more, but let's see how this one does, because business is business and if the shit goes down, I've got a contract that somebody will happily wipe their ass with." Daniel Craig.

It is not known when Craig conducted the Rolling Stone interview, but it is quite likely that it was some time before Skyfall wowed critics and drove all before it at the box office, in the process becoming one of the most successful Bond films of all time. Sam Mendes's movie has just passed the $320m mark at the global box office, according to some reports, and is set to hit $400m (£251m) by the end of the weekend even without factoring in its debut tomorrow at the US box office.

Ah well only time will tell and I, for one, would love to see Bond recast. I didn't like the first two Craig films and although I loved Skyfall and think Craig was great in it, he still doesn't look like James Bond to my eyes.

I don’t think Fleming would approve of Craig. Bond was someone who could bed a lady then kill her, and then have a cocktail and move on. But they don’t allow that sort of thing now. It isn’t the character that Ian wrote about. It’s not Bond is all I can say. — Honor Blackman


The MTV  website is also reporting that despite Skyfall's success, Craig is desperate to leave the franchise. Check it HERE

Posted by Gary Dobbs/Jack Martin at 06:35