Star Wars: Revenge of the Jediatrics 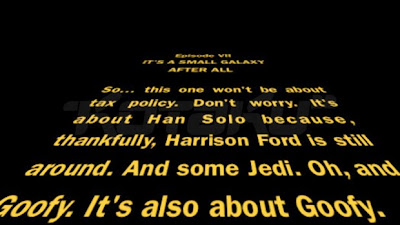 The Disney corporation who now own the entire world apart from a small carpark in Penrhys, have announced that Laurance Kasden and Michael Arndt will write the first in the new batch of Star Wars movies. It is also reported that the new movie will be an all original story and not draw from the wealth of books, comics and games in the extensive Star Wars universe.

The latest rumors are the the next Star Wars will be subtitled: Revenge of the Jediatrics with old timers Harrison Ford, Mark Hamill and Carrie Fisher reprising their famous original roles. 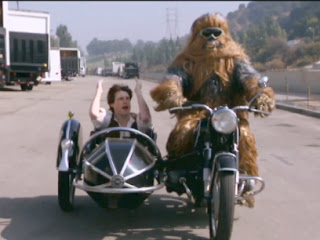 Alec Guiness, who played Obi Wan Kinobi in the original Star Wars was unavailable to comment as he was otherwise engaged being dead, as was Yoda.

Posted by Gary Dobbs/Jack Martin at 08:48

spot on with this write-up, i like the way you discuss the things. i'm impressed, i must say. i'll probably be back again to read more. thanks for sharing this with us.

Nice post.Thank you for taking the time to publish this information very informative! So happy to be given a privilege to post a comment here.

I really enjoyed reading your article. I found this as an informative and interesting post, so i think it is very useful and knowledgeable. I would like to thank you for the effort you have made in writing this article.

Hi, I hope you have a good day. Thank you for inspiring us. You bring joy to our face.visit my site if you have time.

Love it! Very interesting topics, I hope the incoming comments and suggestion are equally positive. Thank you for sharing this information that is actually helpful.


I am so glad to read your wonderful article. Im looking forward to read more of your works and posts. You did a good job! Try to visit my site too and enjoy.

You are an awesome blogger. This is one of the best blog I had visited so far. Hope to read more post from you in the future. Keep it up. God bless.