Sherlock Holmes and the flogging a dead horse adventure 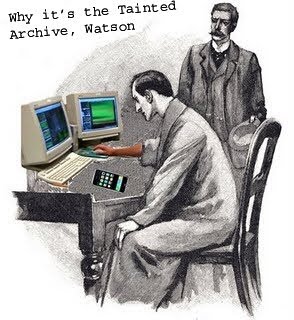 It was Conan Doyle himself who left the doors open for so many other hands to take a stab at his iconic creation, Sherlock Holmes. It was in the story, Thor Bridge in which Watson states -

"Somewhere in the vaults of bank of Cox and Com., at Charing Cross, there is a travel worn and battered tin dispatch box with my name painted upon the lid. It is crammed with papers, nearly all of which are records of cases to illustrate the curious problems which Mr Sherlock Holmes had at various times to examine."

This confirmed that there was a long list of unpublished Sherlock Holmes stories in the vaults and it is to this well that writers other than Doyle have ventured from time to time. But it was actually long before Doyle wrote Thor Bridge that other writers started to use his creation, or at least variations of such - Sexton Blake for instance lived in Baker Street and so similar to Holmes was he that Blake's often been called the poor man's Sherlock Holmes. It seems Doyle in a sense created modern detective fiction and the Golden Age was filled with variations on Holmes who were either fat, tall, Belgian or even blind, but no matter how successful many of these creations became they could never escape the long shadow of Sherlock Holmes. 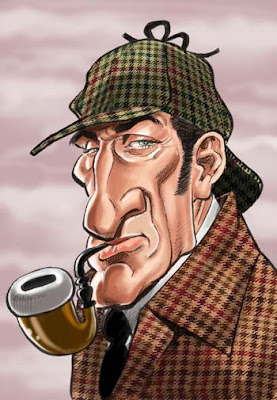 Later we had the phenomenon of Sherlock Holmes by hands other than Doyle with the author's own son, Adrian Conan Doyle  even getting in on the act - in a joint effort with John Dickson Carr  he  wrote twelve Sherlock Holmes short stories, that were published under the title The Exploits of Sherlock Holmes in 1954. But Doyle Jnr. is only one name on a list of authors that include the likes of Colin Dexter, Paul Cornell,. Neil Gaimen, Stephen King and Dorothy L. Sayers. The list goes on and on and there is  a comprehensive list of Holmes by other hands at the Wiki page HERE.

Holmes is very much in the public domain and the character is fair game for any writer who wants to venture into Doyle's rich world, and it is with this knowledge that I have been writing a Holmes story. I wanted to write something of the length Doyle would have produced for the Strand Magazine and I'm kinda' pleased with my effort. What am I going to do with my story? Well, it was written for fun and I've decided to publish it here on The Archive over the Christmas period.

Good or bad I'll let you lot decide when I post The Curious Flogging a Dead Horse Adventure...

Posted by Gary Dobbs/Jack Martin at 02:53

Tres cool! Looking forward to it.