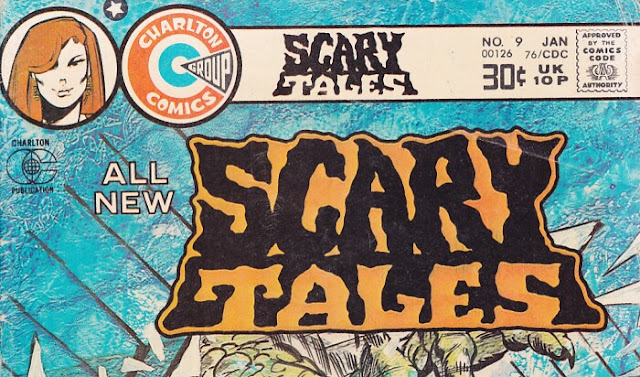 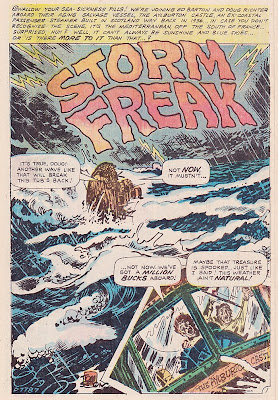 From here on in Sunday is funday - as promised, and following our popular British Comic Book Weekend, we start a weekly series looking at comic books of yore - Sunday comics is the commonly accepted term for the full-colour comic strip section once carried in most newspapers. Many newspaper readers called this section the funnies.

This week strip was written by the Archive's partner in crime, Keith Chapman AKA Chap O'Keefe to tell us about our first comic strip. - Remember clicking on any image will enlarge. 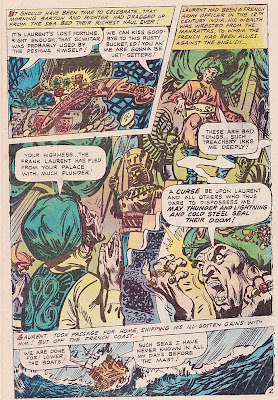 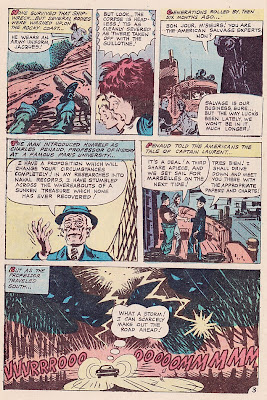 Scary Tales was one of the Charlton Group's half-dozen mystery titles. Its better-known and longer-running mystery mags were Ghostly Tales, Haunted, and Many Ghosts of Dr Graves. As can be seen, the emphasis in all these mystery comics was on the supernatural, but the company's various lines covered other popular genres of its time, Romance, Western, War, Animated, and Special Adventure. Haunted Love was cross-genre long before the term "mash-up" was coined.

Charlton, based in Derby, Connecticut, with its own building and aging printing press, was regarded as a poor relation to the major New York comic publishers like DC and Marvel. But it attracted some big-gun artists. Steve Ditko was perhaps best known for his Spider-Man work, while Tom Sutton is remembered for a long run on the Star Trek comic.

Tom Sutton was the artist for the story Storm Freak which appeared in the January 1977 Scary Tales. It's a good example of the Charlton product. 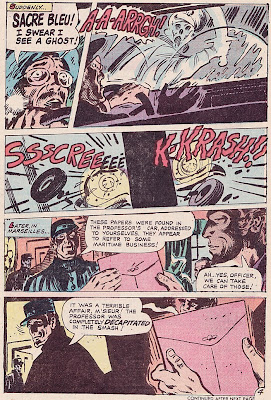 Artist Tom Sutton (1937-2002) was once asked by The Comics Journal why he worked for a second-tier publisher like Charlton:

"Because I wanted to. I think that's why a lot of people bothered with them who could do otherwise. There was none of this bullshit that big companies had. If you wanted to do a cover, you didn't send a pencil rendering to be approved. You just did the cover."

"There were no bureaucratic obstacles." 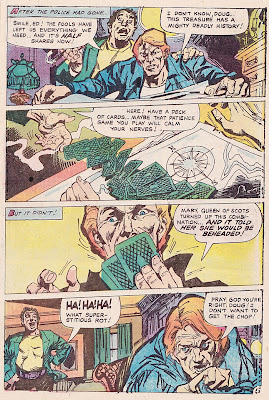 "No. I would get a call from [editor] George Wildman. 'Tom, can you do eight pages of Comic X by Wednesday?' 'Sure, George.' 'Hey, great. Gotta go!' I liked that. Not deliberating over this and that ridiculous thing."
"Tell me what the physical layout of Charlton was like."
"You get this eight-storey building. A real old building, I’d say probably put up at the turn of the century. And it’s right next to the railroad tracks, which meant at one time they were shipping stuff. Because the tracks, at the time I was there, were very clean. They were making something else. You can cut that out of there, too. I could probably get sued for that."

"You mean in the building?" 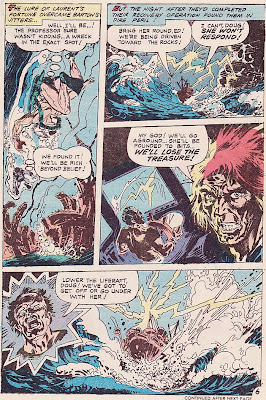 "Yeah. The owner of Charlton lived in Sicily. What are we doing? You know all of this already.... You go up two floors. I don’t know what the hell they were doing on the first floor. You went up two floors, and boy, let me tell you, this is not DC. This isn’t even Marvel.... Donna [Sutton's wife] was being very careful. She might get something dirty. You sure could in that place."
"Did you get the impression that it was a mob-affiliated company?"
"I don’t know, because I don’t know anyone in the mob, so I don’t know if they were affiliated or not. They were scrupulous with me. They paid me exactly what we agreed, and they paid it bingo! On time. That’s all I ask. I don’t care if you’re affiliated with the Martians."

As previously mentioned the writer of Storm Freak was Keith Chapman, better known to us today as western writer Chap O'Keefe. And I urge Archive readers to buy Keith's current western which is available in the Amazon Kindle store - Misfit Lil Cheats the Hangrope is a great read and at this price it's a steal, but don't just take my word for it - 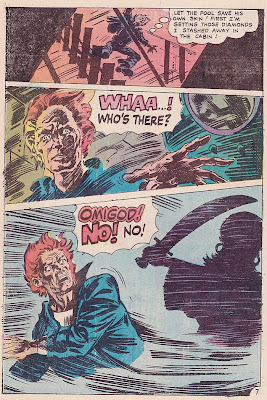 (REVIEW BY WESTERN FICTION REVIEW) - The pace of Misfit Lil Cheats the Hangrope is very fast moving and features some superbly written set pieces, such as a breakout that's made possible due to the use of a rat, and an ingenious method of escaping from a hangrope. The book has plenty of the more traditional action you'd expect to find in a western, which includes an exciting gunfight with outlaws set on wiping out the wagon train Lil finds herself involved with.

The main plotline, of murder, sees Chap O'Keefe explore a different type of killing than one would normally expect to find in a western, proving that there are still new storylines to be found in the genre. Even though I did suspect the right person of this killing I was way out with the how and why and the answers definitely provide a memorable conclusion to this book.


Enjoy the strip and buy the book HERE 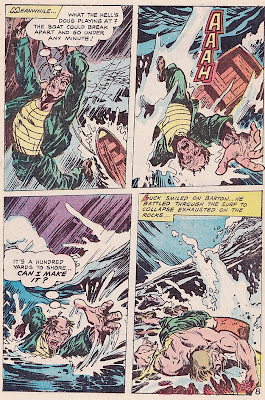 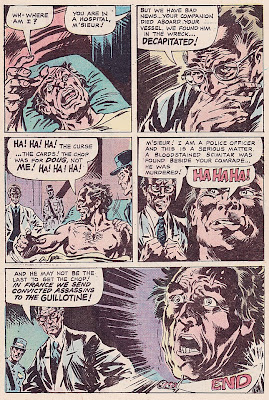 Posted by Gary Dobbs/Jack Martin at 06:25