What is the eSecret to success?? THE NAKED TRUTH

It's an interesting question - there are scores of eBooks out there, all jostling to be noticed but what is the secret of success in this competitive market? What is it about writers like Amanda Hocking and Joe Konrath AKA Jack Kilborn, to name but two, that make them stand out from the crowd? For every eBook that succeeds there are squillions of others that are never heard of.

I've yet to read Amanda Hocking but I have recently read several of Mr Konrath's books - they are indeed well written and the author certainly knows how to construct a story and grab the reader, but then so too do scores of other writers who have nowhere near the profile of Mr Konrath. 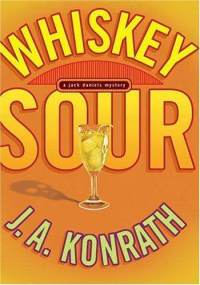 I suspect the answer to Konrath's success is that the author is extremely active in self publicising and puts in as much work getting his books noticed as he does writing them in the first place - known in the writing community for his work in self-promotion. Konrath believes that writers must play a large part in marketing their own books, and his blog, A Newbie’s Guide to Publishing, focuses on this. He has outspoken and somewhat controversial views on advertising, the publishing industry, and internet publicity.


According to the WIKI - In 2006, Konrath mailed out close to 7000 letters to libraries across the United States with fellow mystery author Julia Spencer-Fleming, touting their books to librarians.
Later that year, Konrath signed books in 612 bookstores across 28 states.The booksellers he met on this three month journey were thanked by name in the acknowledgements of his fourth novel, Dirty Martini.

So is it all this extra curricular activity that has made Konrath? Well it certainly can't hurt - I've been following the author around the net, trying to discover his secret, and I've noticed that he's active on all the social networking sites - Twitter, Facebook, My Space. And he regularly goes on blog book tours which is kind of like a real book tour but without getting off your arse. And of course his blog is interesting and although I don't always agree with his views I do find much to learn in his posts. The Archive has been cornering Mr Konrath for an interview for some time but alas our emails go unanswered and our tweets seemingly ignored - so if Konrath is reading this then come on - email the Archive and let's chew the fat.

"I also love print books. I have 5000 of them. But print is just a delivery system. It gets a story from the writer to the reader. For centuries, publishers controlled this system, because they did the printing, and they were plugged into distribution. But with retailers like Amazon, B&N, and Smashwords, the story can get to the reader in a faster, cheaper way. And publishers aren't needed." Joe Konrath 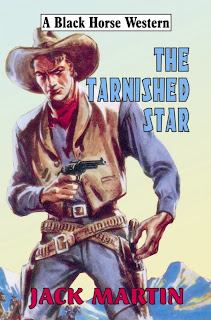 Now from my own experience I know that self publicity can help - the success I achieved with my first Jack Martin novel, The Tarnished Star is proof enough of that, but at the same time I'm nowhere near Konrath's league. Maybe things will change when Tarnished Star is realised as the movie, Lawmaster (scheduled to start shooting 2012, folks).

So perhaps I need to work even harder at self publicising - though it's difficult to see how - I too have profiles on all the social networking sites and this blog you're reading now, is updated several times a day. Christ I even once posed naked with a copy of my second novel in a bid to provoke sales from readers with a thing for the undernourished male body.


Someone once remarked to me that the western is not as commercial a genre as the horror or crime genres within which Konrath seems to have scored his biggest successes, and there may be something in that. But although I do write in other genres I refuse to give up working in my favourite genre of all - the western.
What is the answer?


You know thinking about it - perhaps I do know the answer, maybe I've known it all along. The most important step must be to forget all this, not to worry about success or failure,or even large screen televisions, but to concentrate on writing a bloody good book in the first place. But even that may not be enough to make a splash in the current aggressive book world.

It's the book that matters!
Posted by Gary Dobbs/Jack Martin at 16:56

JA Konrath is great; love the Jack Daniels novels which I listen to as audiobooks.

Any Gary Dobbs/Jack Martin audiobooks to come? As an actor you could record them yourself! Put me down for "A Policeman's Lot"...

Whilst writing, have you read any Joe R. Lansdale books? I've just found the "Hap & Leonard" series and they're great, highly recommended.

Take heart, Mr. Dobbs. As acquisitions editor over at Oak Tree Press, I have introduced the Wild Oaks line. I also believe the Western genre has been put on the back pasture too long.

I also agree with marketing savvy and have created The Posse to market as a strong network.