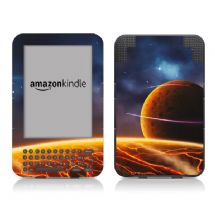 Less than a decade ago, with the MP3 revolution in full swing the big music companies refused to set up digital stores to sell their valuable assets, and instead fought the inevitable with lawsuits - the result of this was that the music industry is now in tatters and Apple - a computer company - are the biggest music retailers in the world. And conventional book publishing is taking the same destructive road - Barnes and Noble, Borders, Waterstones or even one of the big publishers should have invented eReaders, but instead they resisted the change and refused to believe the inevitable. The result is that Amazon are leading the way in eBooks while paper books continue their decline. And the less said about Borders the better...

Yep - the change has come and no longer can anyone realistically claim that eBooks will not be the future of reading.

That future is here.

More and more writers are looking at self publishing, which has never been easier, as a way to connect with their readers. There was a time when anyone self publishing would not be taken seriously, it was assumed the only reason they went this route is because they were not good enough to secure a contract. However that's not the case these days, and respected writers like Joe Konrath, Amanda Hocking, Lee Goldberg are just some of those making a fortune from self publishing - the benefits are obvious: 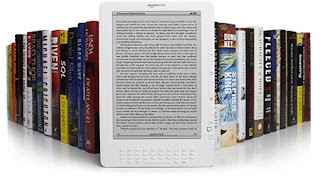 The author keeps more control of the work.
The author takes more of the royalties.
The author can publish a book much quicker than conventional publishers.
eBooks are forever and once live they can go on selling forever.

"Recently it was reported that author, Barry Eisler turned down a half a million contract from a major publisher and opted to continue self publishing."

Whilst it is true that the self published author must set aside a decent amount of time to promote their work which can eat up valuable writing time, the same is, these days, true of authors published in the conventional way. Take my own novel, The Tarnished Star which broke records for my publisher with very little marketing from them - I pushed the book on this blog and everywhere else and it went onto become the fastest selling Black Horse western ever. 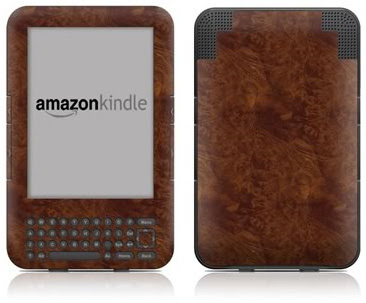 I have taken tentative steps into self publishing - only last month I made two of my Jack Martin short stories available direct to the Kindle and already they've sold a couple of hundred each. Now that's nothing huge, it's not life changing but it does mean that if the stories continue selling a couple of hundred copies a month, they will bring in some income. I priced them as low as Amazon would allow - 0.99c US and 70p UK. Go on buy one and help support the Archive which takes up a considerable amount of time.

Does this mean I am turning to self publishing? Not at all - I intend on staying with my publishers and love being a part of the Black Horse Group, but at the same time I also write in other genres and maybe I will put these out there myself. Of course it means I will have to employ a top rate editor and cover artist, which will add some expense, but in the long term I think the risk is minimal. Of course I'll have to produce a top quality and addictive read in the first place but,...hey, I'm a writer, and we all strive towards that particular goal.


The advent of digital books has broken in two the monopoly traditional publishers had on distribution and they're shitting themselves. Many are, out of self interest, pricing their eBooks at unrealistically high prices and then having to compete with self published work selling at a fraction of the price. And more and more readers are starting to realise that self publishing doesn't equate with low quality.

The current Amazon top 100 Kindle bestseller list features over twenty books that were self published. Now many of these writers were rejected by traditional publishers, and yet readers are proving the publishers wrong and showing them what they want - they are voting with their wallets. For too long the big publishers have had total control of the marketplace and now that this control has weakened, a very different marketplace is emerging.

As a writer I hope to embrace that future...
Posted by Gary Dobbs/Jack Martin at 15:39

I'm with you, Gary. It's a wave. Unfortunately, lots of people will be sucked down by the undertow, but the chance to let more readers enjoy a rousing good story for a relative nickel outlay is very important. My own story book will soon hit Kindle at $.99. Let's go for it!

Done, I mean The Devil's Right hand. I have the other self-published titles.

Thanks Randy for the sale and Chuck keep me informed and I'll feature your story book on the Archive.